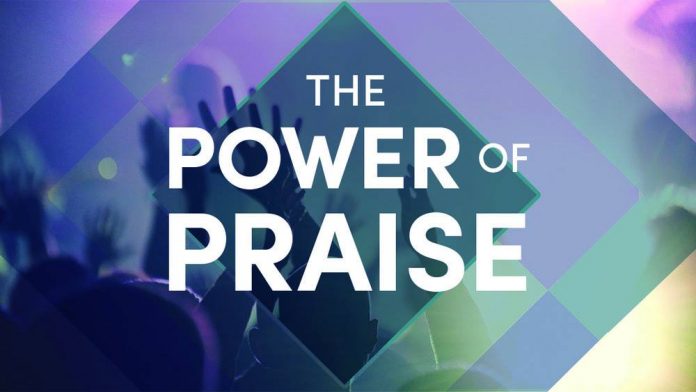 “5 Days of Praise” Day 2
2 Chronicles 20:22 (NKJV)
22 Now when they began to sing and to praise, the LORD set ambushes against the people of Ammon, Moab, and Mount Seir, who had come against Judah; and they were defeated.
The people of Ammon, Moab and Mount Seir plot together to come against Jehoshaphat and I love what the king does, he calls a fast in all of Judah so that they can seek the Lord and ask for his help. This was a man who knew where to turn to for help. In fact, one of the scriptures we love to quote comes from this very story.

2 Chronicles 20:15
15 And he said, “Listen, all you of Judah and you inhabitants of Jerusalem, and you, King Jehoshaphat! Thus says the LORD to you: ‘Do not be afraid nor dismayed because of this great multitude, for the battle is not yours, but God’s.

When they go out to face their enemy in battle, the singers and praises go first before the army and as they praise God from the depths of their heart, then God fights for them and all their enemies are killed., no even one of them escaped. Jehoshaphat and his people only came in to take the spoils of war.

2 Chronicles 20:15
25 When Jehoshaphat and his people came to take away their spoil, they found among them an abundance of valuables on the dead bodies,[d] and precious jewelry, which they stripped off for themselves, more than they could carry away; and they were three days gathering the spoil because there was so much.

That is the power of praise, it is a weapon that confuses the enemy. At a time when they should have been worrying and complaining, they made the choice to praise God and this caused God to come through and fight for his people.
We also see a demonstration of the power of praise when Paul and Silas are put in prison and instead of complaining and feeling sorry for themselves, they get into a season of praise while they are in chains. (Acts 16:25) God showed up in an earthquake and the chains were broken.
Is the enemy coming up against you? Do you find yourself in chains and yet you did the right thing? Do not complain or murmur, do not have a pity party, get a praise party going and just praise the Lord from the depths of your heart.

5 Days of PRAISE, DAY TWO
READ PSALM 100 & PSALM 111
Remember, no complaining instead praise God no matter the situation
Write down some of the things that stand out to you as you read the above psalms. Take some time and write down at least 5 things that you are praising God for and use those five things to write out a prayer of praise to God.