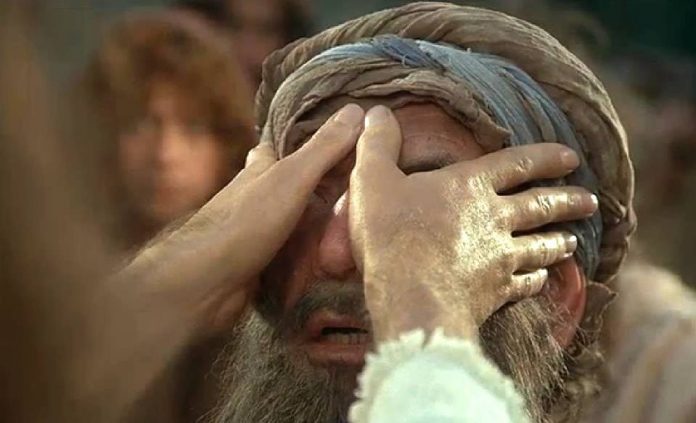 Blind Bartimaeus, that’s what we know him as, all he could do was sit by the roadside and beg but all that changed the day he heard that Jesus was passing by. He cried out to Jesus to have mercy on him. I guess he had heard of the many things Jesus was doing and he was convinced Jesus could help him. The more the crowd told him to shut up the more he shouted and finally he had the attention of Jesus and he was brought to him.

Now this one thing I find interesting, you would assume that because the man was blind, he wanted to see right? Jesus still asks him, “What do you want me to do for you? The reality is this, there are some things we can do for ourselves but there are some things we can do nothing about and we have to depend on God to do them for us. Problem is that sometimes we get mixed up to know which is which. Bartimaeus could do nothing about his blindness, but he could hear and he could speak so when he heard that Jesus was passing by, he did what he could do, the best way he could do it despite people trying to shut him down and in doing that then he got access to get what he could not do for himself. Supposing he did not do what he could do, would he have gotten the attention of Jesus? I don’t think so.

I love the fact that Jesus asked the question; what do you want me to do for you? It emphasizes the fact that we have the power of choice. Bartimaeus had many other needs but he recognized that if his sight was restored then he could do something about the other needs in his life.

What are the needs in your life that you can do nothing about? Do you recognize them? Jesus is still posing the same question to you and I today;
“What do you want me to do for you?”
What will you tell him? Realize not only does He have the power to get the job done, he is willing to do it for you but you have to know what it is and you have to ask.