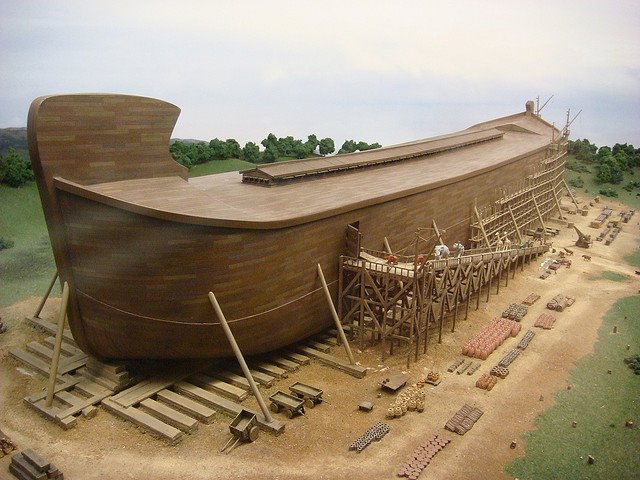 Genesis 6:13-14
13 God said to Noah, “I intend to make an end of all that lives, for through men the land is filled with violence; and behold, I am about to [d]destroy them together with the land. 14 Make yourself an [e]ark of [f]gopher wood; make in it rooms (stalls, pens, coops, nests, cages, compartments) and [g]coat it inside and out with pitch (bitumen).

I always try to imagine how it must have been like for Noah when he set out to build the ark. I always picture one of his close buddies walking up to him and saying “Ok Noah, tell it to me one more time and this time say it slowly, what did God tell you to build?” After Noah explains, I always picture his friend bursting out in laughter thinking my friend Noah has lost it.

Unreasonable obedience, that what I call it. There is walking in obedience when God tells you to do something that your mind can comprehend, something that may be difficult to embark on but the mind can at least understand and make sense to it and then there is the kind of obedience that the mind cannot understand. This was not a one day affair; this was a project that took lots of years. Everyday people would pass by and giggle and think this man Noah has lost it, talking about the rains and a flood that is coming.
How long do you hold on believing something that seems not to come to pass?

How long do you hold on to your belief when every other person looks at you as a fool who has lost it?
You believe until the end, why? Because if God has said it, then it will come to pass.

God requires unwavering faith from us. You and I need to know the God that we serve. Abraham believed God so much so that he was willing to sacrifice his son believing that God was able to bring Him back from the dead.

The three Hebrew boys believed God so much that they were willing to be thrown into a fiery furnace so hot the bible says the guards who threw them into the fire were consumed by the same fire. The Hebrew boys we willing to stand their ground they believed God would rescue them and even if He chose not to, they were ok with that! They would not compromise.

When you know God then you believe not because you can understand and it looks possible and acceptable, you believe and act because God said so!!!