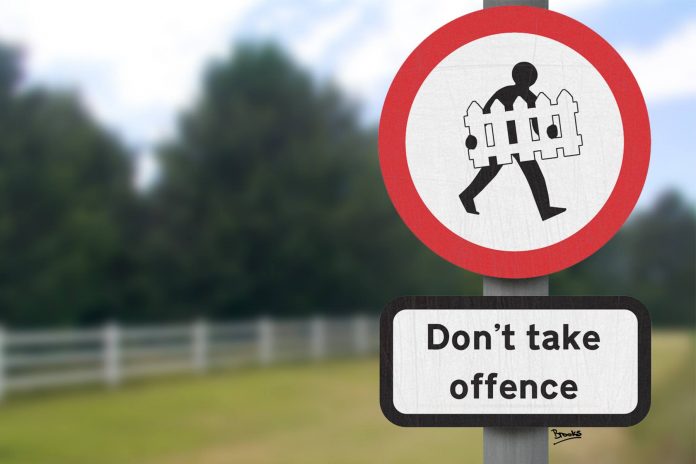 Matthew 24:10-13 (NKJV)
10 And then many will be offended, will betray one another, and will hate one another. 11 Then many false prophets will rise up and deceive many.12 And because lawlessness will abound, the love of many will grow cold.13 But he who endures to the end shall be saved.

Offence is one trap that the enemy has used to ensnare many believers and some are not even aware that they are being held captive because they fell for the bait of offence. To be offended is annoyance or resentment brought about by a perceived insult to or disregard for oneself or one’s standards or principles. Those who are offended may be offended because something was actually done to them, some sort of mistreatment or disappointment but then there are those who may think they have actually been mistreated but they were not. Whichever the case, holding on to offence is never a good thing.

Luke 17:1 (NKJV)
Then He said to the disciples, “It is impossible that no offenses should come…..

As long as we are here, opportunities for us to be offended will come in plenty. Someone will say something or do something that will create the opportunity for you and I to be offended, what will you do? The story of Joseph is one classic example. The way Joseph’s brothers mistreated him and sold him off to be a slave was a good opportunity for Joseph to hold on to offence but when you read his story you find that he did not and I believe that is one reason that God blessed him wherever he was and God used him to save a nation.

When you take offence, it opens up a wound in your heart and that if not checked will eventually lead to other sins, hatred, betrayal; anger, envy, jealousy, bitterness and resentment are some of them. Jesus says that one of the signs of the end of the age will be that many believers will be offended, I wonder are you one of those already bound by offence?
Offended people end up hurting others because their understanding is darkened and this also hinders them from functioning in Gods purpose and calling over their lives.

Are you holding on to offence?
Have you vowed never to forgive one individual or another because of what they did?
Have you become judgmental?

Check your heart today and ask God to help you be set free from the trap of offense.