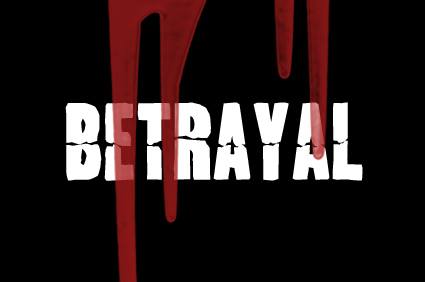 Genesis 37:28
28 Then Midianite traders passed by; so the brothers pulled Joseph up and lifted him out of the pit, and sold him to the Ishmaelites for twenty shekels of silver. And they took Joseph to Egypt.

Why would Joseph’s brothers betray him? Why would they be so quick to sell him off into slavery without even flinching? Were they such evil people or is it because thy allowed offence to take root in their heart?

Genesis 37:4
4 But when his brothers saw that their father loved him more than all his brothers, they hated him and could not speak peaceably to him.

Joseph’s brothers were offended because their father loved Joseph more than all his brothers and interesting enough instead of having offense against their father they held it against their brother. Their offence grew to become hatred and soon enough when the opportunity availed itself, the offence turned in to betrayal. Though they did it to Joseph, when you really think about it, they were doing it to get back at their father.

That’s the thing about offense, when you accommodate it in your heart it grows and turns into something else, resentment hatred and betrayal. As long as you nurse it in your heart, be assured it will turn into something ugly. As we shared yesterday, you will take on a holier than thou persona and in your eyes the person you hold an offence against will never do anything right. All they do will be tainted in your eyes and when the opportunity presents itself you will betray them without even thinking twice about it and in your heart your actions will be justified because your understanding will have become darkened and the love of God will no longer have room in your heart.
The betrayal may have not have already taken place physically but, have you already betrayed your brother in your thoughts? Have you already betrayed them in your speech and conversations?

Joseph the betrayed one also had his opportunity to take offence and after what was done to him by his very brothers it may seem justified to take offence but he chose not to do so. If you are one who has been betrayed, follow his example and guard your heart and don’t let offence in no matter what!

If you have betrayed your brother, it is time to make peace, ask God for His wisdom and strength, find your brother and seek forgiveness, find healing and restoration in Christ.