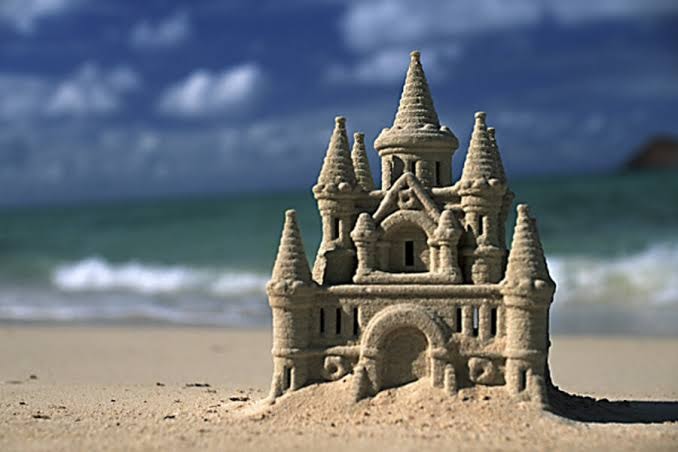 Matthew 7:26-27
26 “But everyone who hears these sayings of Mine, and does not do them, will be like a foolish man who built his house on the sand: 27 and the rain descended, the floods came, and the winds blew and beat on that house; and it fell. And great was its fall.”
The foolish man took a shortcut, he heard the words of Jesus, but he made a deliberate decision not to follow his instructions. He builds his house on the sand, thinking that he was wiser than the counsel he had been given. As long as things were OK, the foolish man looked wise. I bet there were those who even envied his house, I am sure on the outside it looked good, but no one had any idea that it had no foundation. Jesus said:
Mark 8:36 NKJV
36 For what will it profit a man if he gains the whole world, and loses his own soul?
Building your life on material things is foolishness because they are here today and gone tomorrow. Jesus tells us to store up our treasure in heaven where thieves cannot steal.
When the rains fell and the floods rose, and the winds beat against the house of the foolish man, it fell, and Jesus says that great was the fall.
The foolish man lost everything because he was not anchored on the rock, he could not withstand the forces of the floods and the winds.
This story talks to us about eternity as well. Unless we build our house on Jesus the rock, then it is inevitable that in due time we will lose all that we have. What we are busy building, what we are busy running around to accomplish, is like a house of cards that will be swept away by the winds because it has no anchor.
Remember we are all building, is it not prudent then for each one of us to be very deliberate to ensure that we are building on the right foundation?
Remember the story of Lazarus and the rich man in Luke 16? The rich man built his house on the sand and when he died he lost everything. Lazarus, on the other hand, did not seem like he had much, but he was building his house on the rock and when he died he had everything to gain.
What shall it profit a man to gain the whole world and lose his soul?
Reflections
If you were to build your house, what kind of material would you use and why?
Would you move intended a pretty looking house knowing that the foundation is fragile? Why?
Foundations are hidden, but they hold the house in place. What hidden things are you doing to build a strong foundation?