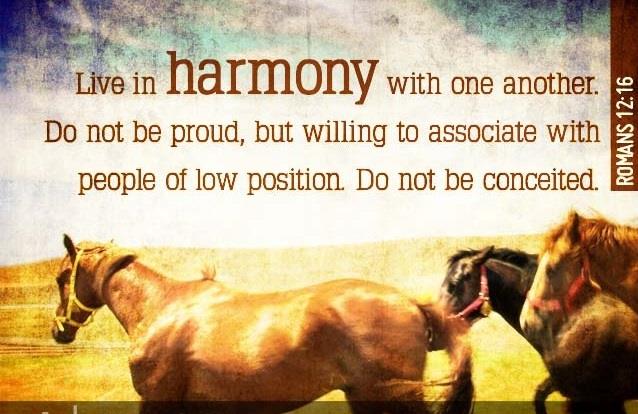 James 3:15-6 (AMP)
15 This [superficial] wisdom is not that which comes down from above, but is earthly (secular), natural (unspiritual), even demonic. 16 For where jealousy and selfish ambition exist, there is disorder [unrest, rebellion] and every evil thing and morally degrading practice.

A well know Pastor and preacher in the city was invited to speak in one of the local churches. On getting the invitation he asked, “How big is your church, how many members do you have?” to which he was told “we are a small congregation of about 200 people!” The pastor went on to decline the invitation saying God had moved him up and he only preaches to crowds of 1000 and above!

Talk about arrogance and pride all in one package. That is not wisdom from above but earthly and even demonic wisdom. Godly wisdom is not divisive, godly wisdom seeks to unite. In their foolishness thinking it is wisdom, some have formed cliques and their own little clubs detaching themselves form others because they think they are a special breed. They think they are better than others and that in itself is foolishness. I have seen ministers who do not want to interact with a particular group of other ministers because they think they are a class above them, what nonsense!

Romans 12:16 (AMP)
16 Live in harmony with one another; do not be haughty [conceited, self-important, exclusive], but associate with humble people [those with a realistic self-view]. Do not overestimate yourself.

We are all part of the body of Christ and it is in our unity that we have strength and are able to fully function the way Christ wants us to function. Godly wisdom does not detach you from people, it does not craft out a special place for you because you are better than others. Godly wisdom draws you to people, it fills your heart with compassion for the souls that Christ died for, godly wisdom attaches you to the body of Christ and it fills you with a desire to serve the body and to consider others as better than yourself.

Jesus was full of godly wisdom and he ministered to all classes of people, may He be the example that you and I follow.