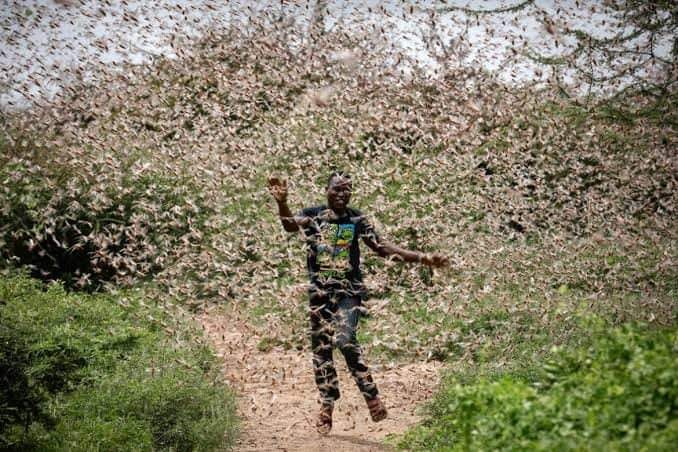 Proverbs 30:27
27 The locusts have no king, Yet they all advance in ranks;
The locust is a small insect, but whenever you hear of a locust invasion, you know disaster is on the way. Though tiny, locust move together in a swarm and that is what makes them deadly
A desert locust swarm can be 460 square miles in size and pack between 40 and 80 million locusts into less than half a square mile. Each locust can eat its weight in plants each day, so a swarm of such size would eat 423 million pounds of plants every day. That is hard to compute considering how tiny these insects are.
When Egypt experienced a plague of locusts in the book of Exodus 10, hey were so many that the land looked black, and they fed on anything green vegetation in the land.
What’s the wisdom here?
Unity and ones, it’s not the size of the individual that matters, rather the size of the vision and the oneness of the team.
Acts 4:32‭-‬33 NKJV
Now the multitude of those who believed were of one heart and one soul; neither did anyone say that any of the things he possessed was his own, but they had all things in common. And with great power, the apostles gave witness to the resurrection of the Lord Jesus. And great grace was upon them all.
The church in the book of acts was walking in such unity that none among them was in need. The impact they had was so huge that it was said of them that they turned the world upside down in their generation. To think that they did that without all the technology we have today is unbelievable.
That’s the wisdom we can learn from the little locust.