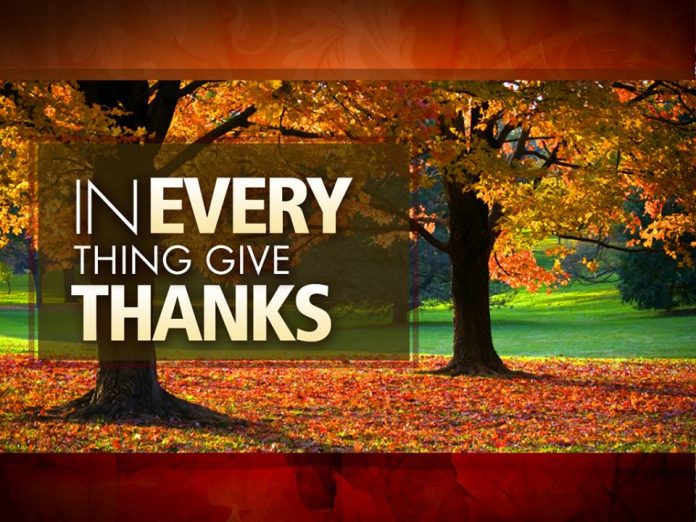 Luke 17:17-18
17 Jesus asked, “Were not all ten cleansed? Where are the other nine?18 Has no one returned to give praise to God except this foreigner?”19 Then he said to him, “Rise and go; your faith has made you well.”

The healing of the 10 leapers has some important lessons for us to learn when it comes to being thankful. 10 leapers are given the opportunity to exercise their faith to receive healing. I say an opportunity because when they cry out to Jesus, He does not heal them on the spot but rather He tells them to go show themselves to the priests. At this point they are not healed but as they walk in obedience to that word, they are healed on the way to show themselves to the priests. One of them is so grateful and overjoyed that he comes back to Jesus to express his gratitude.
As we learned yesterday, the fact that Jesus is surprised that only one comes back to give thanks and praise to God demonstrates that He expected all of them to do so. But right after that Jesus tells the one who came back to say thank you; something powerful. “Your faith has made you well”. What does that mean? Does it mean that the others were not well? Is there a difference between being healed and being made well or being made whole as some versions put it?

The word used in this context is “sozo” which means “to preserve or rescue from natural dangers and afflictions, ‘save, keep from harm, preserve, rescue,’ specifically, ‘safe or free from disease.
This indicates that the Samaritan was offered more than the other 9 that only got physical healing. On top of healing, he got a deeper salvation. Not only did he have faith in Jesus to heal like the others but he also had a personal submission to Jesus expressed in his action of bowing down before Jesus and praising and thanking God. That signified a man who was not only searching for healing for his skin, but also healing for his soul.

Submitting to Jesus and having a heart of gratitude opened up a door for him that the other 9 had no aces to. May we learn from the Samaritan who was considered an outsider but yet because he was grateful he gained more access than the others.