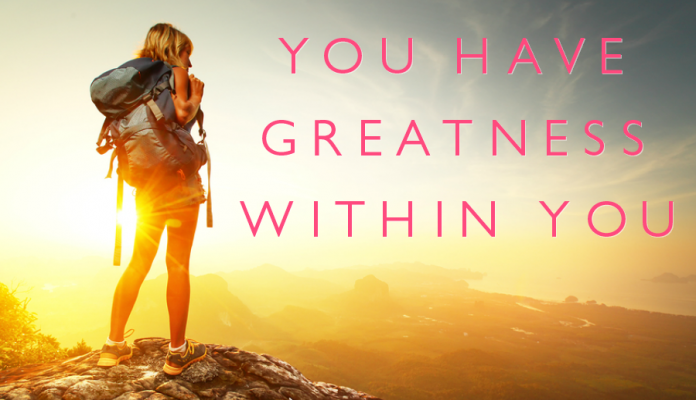 Judges 6: 13
13 But Gideon said to him, “Please my lord, if the LORD is with us, then why has all this happened to us? And where are all His wondrous works which our fathers told us about when they said, ‘Did not the LORD bring us up from Egypt?’ But now the LORD has abandoned us and put us into the hand of Midian.”

Gideon is perturbed when the angel appears to him, the angel calls him a great man declaring that the Lord is with him! Take note that during this episode, the supposedly “great man” is hiding in a wine press beating wheat. Talk about wasted greatness.
Because of being oppressed by the enemy and poor self-image because of the family he was born in and peoples opinion, the man who God had ordained to deliver Israel was in hiding and afraid yet he had everything that was needed to deliver his people.

What greatness is lying in waste on the inside of you dormant because of what you have believed about yourself?
Are you being oppressed and overcome by an enemy that you are well equipped and empowered to overcome? And enemy that is already afraid of you but because you are ignorant of who you are the enemy is taking advantage of you.

Connecting with God and walking in His will is what will unlock the greatness that he has placed on the inside of each and everyone of us. We are all great because when He created us in His image and likeness He said “It is good!”