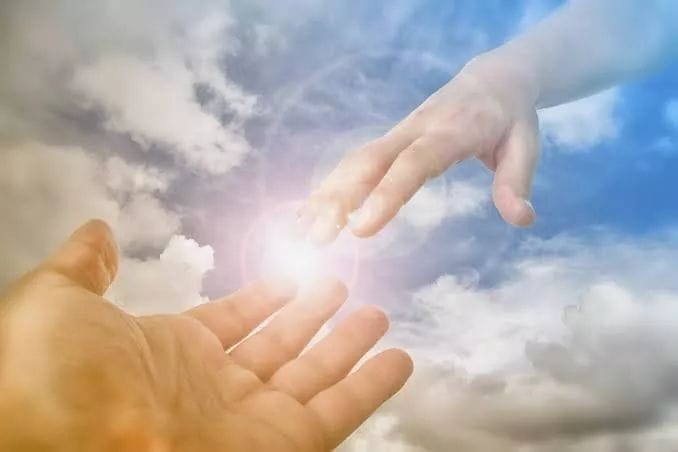 Romans 5:10 (NKJV)
10 For if when we were enemies we were reconciled to God through the death of His Son, much more, having been reconciled, we shall be saved by His life.

Years ago a husband and wife became estranged, and finally separated. They left the city and resided in different parts of the country. The husband one day chanced to return to this city on a matter of business. He went out to the cemetery to the grave of their only son. He was standing by the grave in fond reminiscence when he heard a step behind him. Turning, he saw his estranged wife. The first inclination of both was to turn away. But they had a common, binding interest in that grave; and instead of turning away they clasped hands over that grave of their son, and were reconciled one to another. It took nothing less than death to reconcile them!

Romans 8:15 (NKJV)
15 For you did not receive the spirit of bondage again to fear, but you received the Spirit of adoption by whom we cry out, “Abba,[a] Father.”

Through the grace of God, not only are our sins forgiven, we are now reconciled back to God our Father. The sad reality is that some of us though reconciled, we are still thinking and behaving like estranged sons not recognizing we now have access to the Father. We can now approach His throne of grace with confidence knowing that He will hear us. Through His grace, we have been brought back together again!