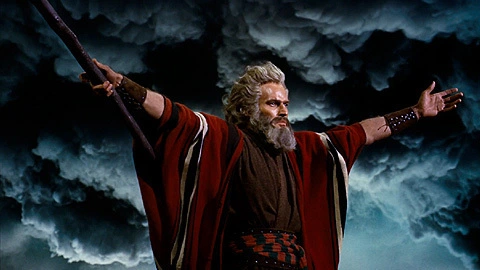 10 Therefore, come now, and I will send you to Pharaoh, and then bring My people, the children of Israel, out of Egypt.” 11 But Moses said to God, “Who am I, that I should go to Pharaoh, and that I should bring the children of Israel out of Egypt?” 12 And God said, “Certainly I will be with you, and this shall be the sign to you that it is I who have sent you: when you have brought the people out of Egypt, you shall serve and worship God at this mountain.”

Moses is an interesting character. He tried to do things his own way something that all of us can identify with. Moses was raised to think big having been raised in the house of Pharaoh no wonder he tried to deliver his people in his own strength and failed. Though his people were slaves, he did not have a slave mentality; a way of thinking that was small restrained and oppressed. For this job, God needed someone who had the capacity to think BIG and Moses was the man.

When you think about it, Moses went head to head with Pharaoh and the whole Egyptian kingdom, the greatest and strongest kingdom of the day. One man who knew his God, dared Pharaoh, a king who believed that he was God himself!

“Let my people go” when you start thinking about the logistical nightmare of that statement then it dawns on you that this was not a small thing. How do you manage over a million people in the wilderness? How do you coordinate the movement? What about the women and children? There is so much to think about so much to plan but then again when God calls you and tells you to go, then you have to believe that God has worked out all the small details.

Moses was the man who lifted his staff and parted the waters of the red sea allowing more than a million people to cross on dry ground. He was the man that went up the mountain and came down with the law written in God’s own handwriting. When you think about it, it was through the obedience and faith of this one man that God brought structure and culture into the Jews as a people and formed them into a nation.

There is so much we can say about Moses, but this one thing is for sure, he was a man of faith, a man who walked with and talked to God on a personal level. As the psalmist says; He (God) made known his ways unto Moses, his acts unto the children of Israel.

To walk in your purpose, you have to think BIG.