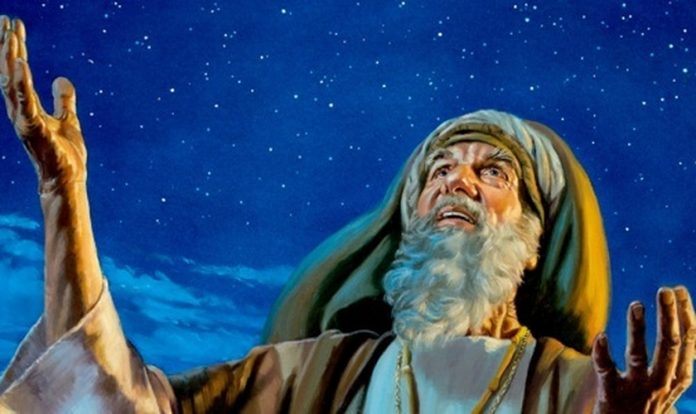 And the Lord brought Abram outside [his tent into the night] and said, “Look now toward the heavens and count the stars–if you are able to count them.” Then He said to him, “So [numerous] shall your descendants be.”

All that Abraham and Sarah wanted was a child but God had plans for a nation. It is one thing for God to promise you something but then having to wait for it to a point where it is naturally impossible to get it is a whole new level and that is where Abraham and Sarah find themselves. From the time of God’s promise, they had to wait for 25 years before Isaac became a reality in their life.

Sometimes we feel like we have to do something big for God, we don’t want to wait because it seems like we are running out of time but in reality, the BIG thing that God wants us to do in that season is to believe Him and wait for His timing. Abraham and Sarah were in a similar position with the same urge to do something and the result was Ishmael.

Abraham believed God that he would be the father of a great multitude of people but in reality, all he got to see was his Son Isaac and his two grandsons, Jacob and Esau, before he died. He did not see in the natural descendants as many as the stars in the sky.

Just as Abraham believed God, and it was credited to him as righteousness, [as conformity to God’s will and purpose–so it is with you also]. So understand that it is the people who live by faith [with confidence in the power and goodness of God] who are [the true] sons of Abraham. The Scripture, foreseeing that God would justify the Gentiles by faith, proclaimed the good news [of the Savior] to Abraham in advance [with this promise], saying, “In you shall all the nations be blessed.” So then those who are people of faith [whether Jew or Gentile] are blessed and favored by God [and declared free of the guilt of sin and its penalty, and placed in right standing with Him] along with Abraham, the believer.