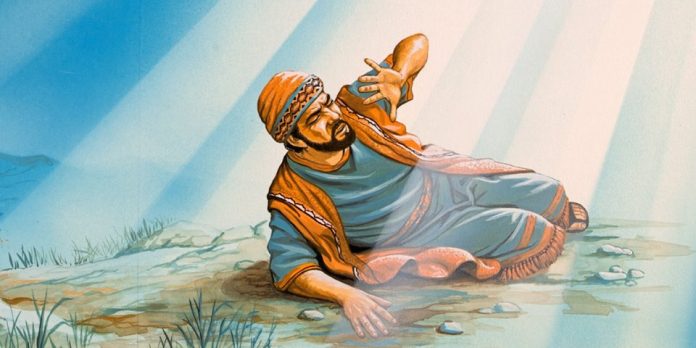 “Go, for this man is a [deliberately] chosen instrument of Mine, to bear My name before the Gentiles and kings and the sons of Israel; 16 for I will make clear to him how much he must suffer and endure for My name’s sake.”

Saul or Paul as we know him today was a passionate man and what he did; he did in a big way. He was a man zealous for the things of God and when we are introduced to him in the book of Acts, we see him going all out to persecute and take out the believers not because he is an evil man but because he is zealous for God and in his heart of hearts he believed he was doing God’s work.

When He is converted to become a believer, we see the same zeal and fire in the things he did for God. In a world where the transport system was not as developed and fast as what we have today, it is impressive to see how far and wide Paul travelled to preach the gospel and encourage believers. Even when he was not travelling because he was locked up in prison, Paul still travelled through the power of the pen and it is amazing that though he was not one of the twelve who walked with Jesus when He was here on earth, Paul wrote 13 books out of the 27 books in the New Testament.

With that kind of resume, you may think that the man had it easy no wonder he was able to do so much, right? No, as our key scripture says God says that he must suffer and endure for my name’s sake and that Paul did.

24 Five times I received from the Jews [a]thirty-nine lashes. 25 Three times I was beaten with rods, once I was stoned. Three times I was shipwrecked, a night and a day I have spent adrift on the sea; 26 many times on journeys, [exposed to] danger from rivers, danger from bandits, danger from my own countrymen, danger from the Gentiles, danger in the city, danger in the wilderness, danger on the sea, danger among those posing as believers; 27 in labor and hardship, often unable to sleep, in hunger and thirst, often [driven to] fasting [for lack of food], in cold and exposure [without adequate clothing]. 28 Besides those external things, there is the daily [inescapable] pressure of my concern for all the churches. 29 Who is weak, and I do not feel [his] weakness? Who is made to sin, and I am not on fire [with sorrow and concern]?

30 If I must boast, I will boast of the things that reveal my weakness [the things by which I am made weak in the eyes of my opponents]. 31 The God and Father of the Lord Jesus, He who is blessed and to be praised forevermore, knows that I am not lying.

How many today would still stay on course to think BIG and fulfill what God has put in their heart to do if we face such challenges? For some of us, if it rains on Sunday morning or if there is a marathon and the roads are closed on Sunday morning then we have enough reason not to go to church.