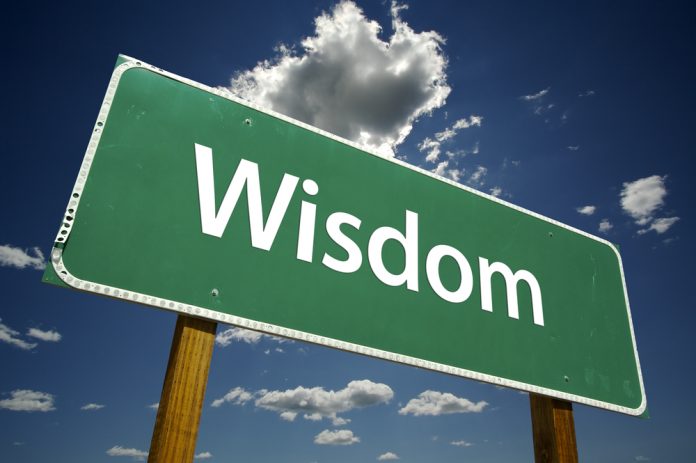 1 Corinthians 1:30, KJV
But of him are ye in Christ Jesus, who of God is made unto us wisdom, and righteousness, and sanctification, and redemption.

When you depend on God’s wisdom to succeed today, you will prosper in whatever you do. Simply observe how our Lord Jesus always flowed in divine wisdom in His earthly ministry. For example, look at what happened when the Pharisees brought the woman caught in adultery to Him. The Pharisees came to Him and quoted from the law, saying, “Teacher, this woman was caught in adultery, in the very act. Now Moses, in the law, commanded us that such should be stoned. But what do You say?” (John 8:4–5).

The Pharisees were probably gloating over the clever trap that they had devised. That is why they confronted Jesus in the public area around the temple. They wanted to embarrass Him in front of the multitudes that had come to hear Him teach. Now, observe the wisdom of Jesus in operation. He simply told them, “He who is without sin among you, let him throw a stone at her first” (John 8:7).

What majesty! They came to Jesus with the law of Moses and Jesus gave them the perfect standard of the law. Without flinching, He simply challenged the person who was perfect before the law to cast the first stone. The Pharisees who had come to ensnare Jesus began to walk away one by one, completely silenced. This same Jesus, with all His wisdom, is today our ascended Christ, who is seated at the Father’s right hand, and whom the Bible says is “made unto us wisdom!”

From this and other accounts of Jesus in the Gospels, we see how in everything He does, our Savior is altogether lovely. He is never early, never late. He is always at the right place at the right time. He is always in perfect peace and there is no sense of hurry about Him. When it was time to be tender, He was infinitely gentle, gracious and forgiving—we see this from His response to the woman caught in adultery (John 8:10–11). When it was time to overturn the tables of the money changers, He did it with passion. He was never frazzled by the Pharisees’ attempts to trip Him up and was always flowing with divine wisdom. He is steel and velvet, meekness and majesty, perfect manhood and deity. This is Jesus and you are in Him! Begin to see yourself in Christ, who is always flowing with divine wisdom, always in control of the situation, and the same wisdom that flows in Him will flow in and through you.