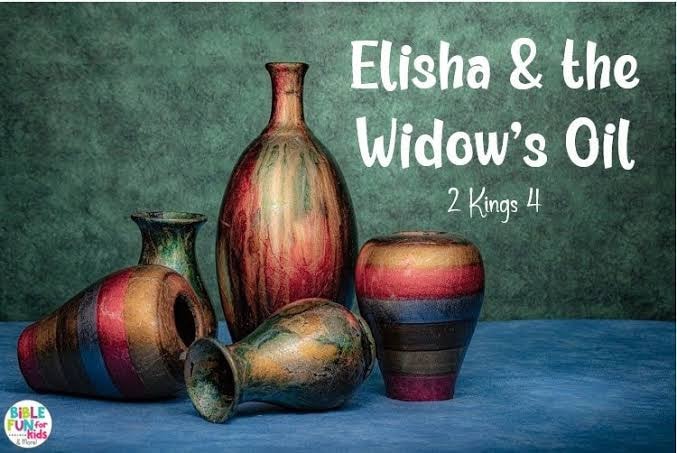 2 Kings 4:5
5 So she went from him and shut the door behind her and her sons, who brought the vessels to her; and she poured it out. 6 Now it came to pass, when the vessels were full, that she said to her son, “Bring me another vessel.”
And he said to her, “There is not another vessel.” So the oil ceased.
Have you ever gone through public ridicule and embarrassment? That is what this widow was about to go through. Probably there was a lot of talk about her in the community. Her husband was a man of God, how could this good God allow this to happen to this widow and her children? Maybe there were those that were laughing at her and waiting to see if this God of hers would rescue her.
God had a solution, but it required humility. This widow had to go out and ask her neighbours for empty vessels, the same people who were probably talking about her. I wonder what she told them when they asked what she needed the vessels for.
I love what God did for her. She was to lock herself in her house with her two sons, and then the miracle happened. Only the three of them were witnesses to the miracle of oil from her jar filling all the other jars. Even the Prophet was not present when the miracle happened.
She locked herself with her two sons with their shame and predicament in the house. By the time she was opening the door to share what had happened with the prophet, her shame had been taken away and not only that, they had enough to live on.
Jesus told us that when we pray and when we fast, we should not do it in public to gain the applause of men. Instead, he directed us to pray behind closed doors and our father who hears from heaven will reward us in public. That is what God did for this woman.
In a generation that thrives on likes and follows on social media, we love posting everything we are doing. May we learn to go behind closed doors in humility and allow God to do that which he wants to do in our lives.