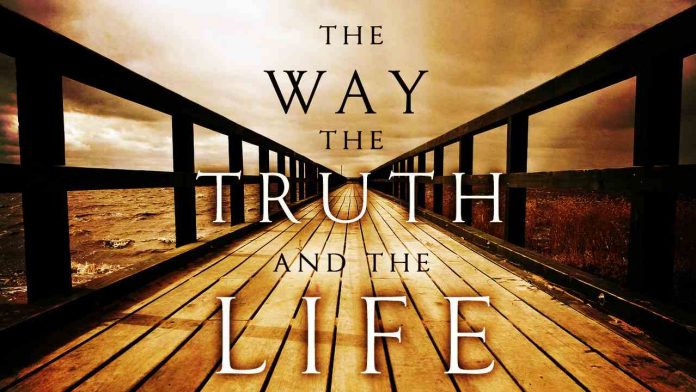 This is one of the most profound and bold statements that Jesus ever made. No one in any other religion has ever made such a bold statement as this. Many people share the belief that there are many ways that lead to God. In fact others believe that the many religions worship the same god and so it’s no big deal what religion you ascribe to but nothing could be further from the truth.

Jesus declared that He is the only way that leads to God the father. All other routes outside of Him will lead to a dead end. He says that no one can come to God the father except that they come through Him. Remember He told Nicodemus that one must be born again to enter the kingdom of God and that can only happen if we place our faith in Him. Other ways may be acceptable to many, they may look cool and reasonable but they will not lead you to God the father.

Proverbs 14:12 (AMP)
12 There is a way which seems right to a man and appears straight before him, But its end is the way of death.

John 8:32 (AMP)
32 And you will know the truth [regarding salvation], and the truth will set you free [from the penalty of sin].”
It is in knowing Jesus that we find freedom because He is the truth.

Jesus is life; outside of Him all you will find is death. He says in John 10:10b that He came that we may have life and life in abundance. Ironically many are trying to find life outside of Jesus chasing after sin and the pleasures this world has to offer only for them to come to the end of their rope and discover that it was all a mirage and a lie.

Are you lost and looking for a way to God the Father? Jesus is the ONLY WAY to God!
Has the enemy bound you in all sorts of lies and are you seeking freedom? Jesus is the TRUTH!
Do you want life, everlasting life that is the real deal? Jesus is the LIFE!