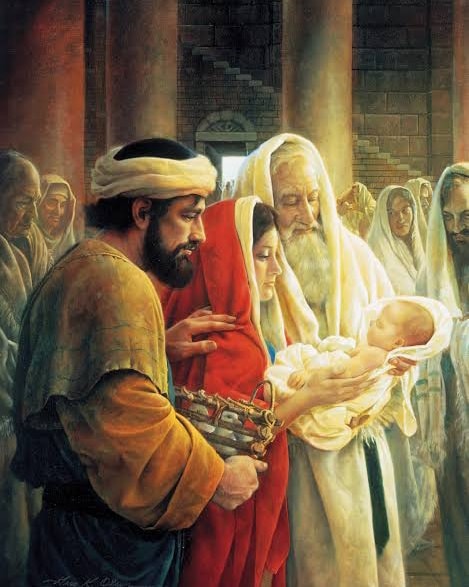 Luke 2:29-32
29 “Lord, now You are letting Your servant depart in peace, According to Your word; 30 For my eyes have seen Your salvation 31 Which You have prepared before the face of all peoples, 32 A light to bring revelation to the Gentiles, And the glory of Your people Israel.”
What is that thing you would like to see or experience before you die? Some people come up with what they call a bucket list which is a list of things they would like to do before they kick the bucket.
Simeone had one thing in his bucket list that he did not come up with, rather, the Holy Spirit put it there. He had been told that he would not die until he sees the savior.
We are not told how many years he had waited for this promise to come to pass but the day it did, he held the savior of the world in his arms and broke forth into song.
He begins by telling God that he is now ready to go in peace because he has laid his eyes on the savior, God has fulfilled that which he promised. This is yet another reminder to us that God will do what he says he will do. He is not a man that he should lie nor the son of man that he should repent. Has he not spoken and will he not make it good?
Simeon’s song tells us that Jesus is Gods salvation prepared before the face of all people. Jesus is Gods salvation to man, there is no other way. Jesus said that he is the way, the truth and the life and no one can go to the father except through him. As much as many today believe that Jesus is not the only way to God, Simeon’s song reminds us that Jesus is Gods salvation to all people.
This song also gives us the revelation that Jesus did not just come for the Jews but the gentiles as well. He is the light that brings revelation to the Gentiles. Much of the Old Testament is Gods dealing with the Jews but Jesus comes into usher humanity into a new dispensation. Though he comes through the Jewish lineage, he comes for the whole world.
Simeon also reminds us that Jesus is the glory of Israel. Jesus fulfills all the hopes and the dreams of the Jewish people. He is the fulfilment of Gods promise to his servant Abraham.
May Simeon’s song remind us of Christ and his mission here on earth!
Merry Christmas.