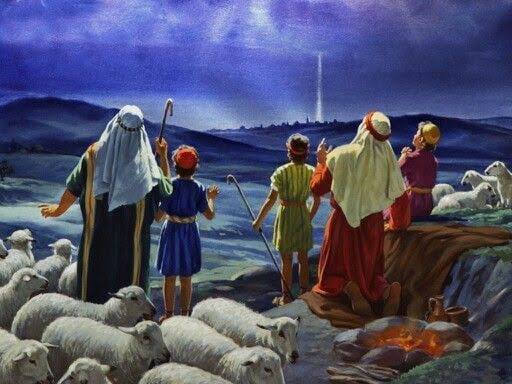 Luke 2: 17‭-‬18 NKJV
“Now when they had seen Him, they made widely known the saying which was told them concerning this Child. And all those who heard it marvelled at those things which were told them by the shepherds.”
The shepherds were not the custodians of the law, they were the custodians of the sheep. When we look at their response to the new born king, you would expect that the teachers of the law would have responded the way the shepherds did. Immediately they get the news from an angelic visitation, they leave their sheep and they go on to seek this new born king that they may see him. Upon seeing him, they do the most amazing thing, they go around spreading the news about what the angels had told them concerning this child that has just been born. We can say the shepherds were the very first evangelists who went around telling people about Jesus.
That’s is what is expected of everyone who comes to Christ, that you don’t just keep the good news to yourself but that you would go and tell as many people as you can because this is the good news of the kingdom.
The teachers of the law were supposed to be Gods representatives to the people and they knew the prophetic word that had been spoken about the messiah but they never followed up on the issue even after being summoned by Herod because there had come wise men from the East seeking the king that had been born.
The shepherds were prompt to share the news, they did not waste any time, they attended to it with urgency. Jesus said he is the good shepherd and his sheep his voice. What an amazing thing that God would then use lowly shepherds to make it known that the good shepherd had been born.
Are you prompt like the shepherds to make it known that Jesus is alive? When was the last time you told someone about Jesus and what he has done for you? This Christmas ensure you tell someone about Jesus.