After the 2007-2008 post election violence, the church came under so much heat on being quiet when things escalated resulting to so many people losing their lives and thousands displaced.

As Kenyans prepare to go to the ballot in 6 months, the question rising among most people is what role is the church playing in ensuring that they preach peace and unity to the nation.

During an interview on Family Radio’s evening show This Is The Day, political strategist Mark Bichachi used an analogy of salt and explained that the purpose of the salt is to arrest decay and Christians are like salt therefore their main responsibility is to shun any decay in the system of the world.

On his part, founder of Christians in Politics Dennis Nthumbi says that the church needs to educate their congregants on the importance of voting adding that Christians must vote saying that there’s no need of people praying and not using the opportunity given to them to vote in proper people.

Despite the church expected to be neutral, various church leaders have at some point aligned themselves towards certain political parties or political leaders.

Mark Bichachi has however condemned the self proclaimed prophets who declare and prophesy about leaders who will win the elections without declaring what that person should do, adding that God’s prophetic word is after a purpose and not an individual.

So is it the responsibility of the church to guide the electorate?

According to Mark Bichachi, Christ chose people to either be apostles, teachers or prophets explaining that the church needs to take that initiative and train Christians who will at their peak take up responsibilities in various spheres of the human society.

“We must arise as a church and throw the Jezebel down and what are the jezebels of this nation? That is tribalism and corruption. If I am a corrupt politician and my article was on the newspaper and on Sunday a pastor receives my tithe then the church is already diluted with blemish and this is why the church is losing power because we have compromised.” Said Mark Buchachi.

However with tribalism taking a center stage whenever elections approach, the church has been challenged to take a strong stand and shun tribalism to their members who speak messages of disunity and tribalism.

Various leaders have however publicly warned political leaders eyeing different elective posts to be mindful of what they say in public to avoid propagating hate speech and division.

With less than a week to the end of mass voter registration by the Independent Electoral and Boundaries Commission (IEBC), the church has performed its role but not to the expectations of the society. 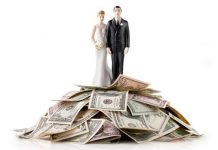 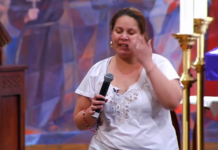 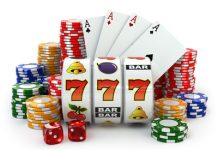 Is It Wrong For A Christian To Gamble?