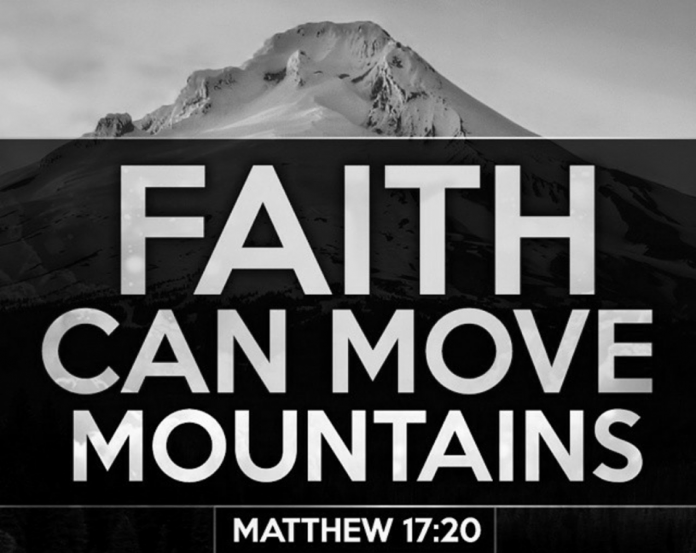 MARK 11:22-23 AMP
Jesus replied, “Have faith in God [constantly]. I assure you and most solemnly say to you, whoever says to this mountain, ‘Be lifted up and thrown into the sea!’ and does not doubt in his heart [in God’s unlimited power], but believes that what he says is going to take place, it will be done for him [in accordance with God’s will].

The prayer of faith is a powerful prayer. It is the kind of prayer that moves mountains. With the prayer of faith you believe without any shadow of doubt that you have already received what you asked for. Even when the circumstances on the outside do not seem to align with what you have prayed for, it does not shake you.
The Bible says that faith is the assurance of things hoped for the evidence of things not seen. It continues to say that without faith it is impossible to please God for those that come to Him must believe that He is and that He is a rewarder of them that diligently seek Him. The prayer of faith is pleasing to God.
Jesus made this declaration right after the disciples realised that the fig tree that Jesus had cursed the day before had actually withered from the roots up and they were astonished. I bet the day before when Jesus had declared to the fig tree “May no one ever eat fruit from you again!” the disciples never thought much of what he said. But now here they were a day later seeing the effects of that declaration.
The prayer of faith is made when you are fully assured and fully rested in God’s will. It is a bold prayer, the kind of prayer that Peter made and the lame man at the gate called beautiful was made whole, the kind of prayer that Elijah made and fire came down from heaven and consumed his sacrifice.
When you make a prayer of faith, your words and conversations after the prayer must align to that prayer. You cannot claim to make a prayer of faith and then once you are outside you prayer closet your conversations are filled with doubt and defeat.

JAMES 1:6-8 AMP
But he must ask [for wisdom] in faith, without doubting [God’s willingness to help], for the one who doubts is like a billowing surge of the sea that is blown about and tossed by the wind. For such a person ought not to think or expect that he will receive anything [at all] from the Lord, being a double-minded man, unstable and restless in all his ways [in everything he thinks, feels, or decides].

The prayer of faith, even faith as small as a mustard seed, moves mountains!