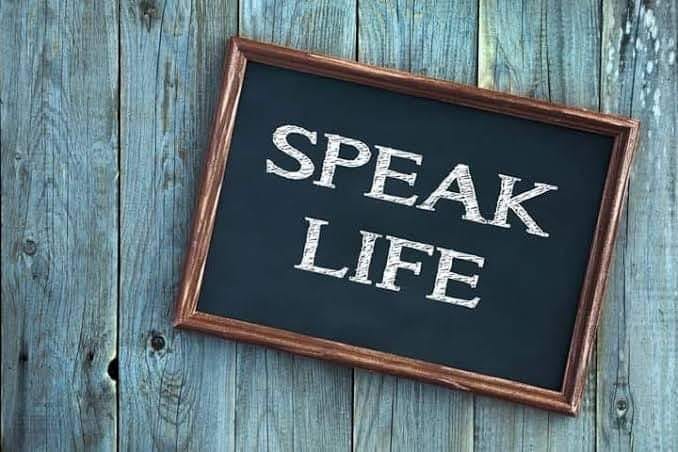 Proverbs 18:21 AMP
21 Death and life are in the power of the tongue, And those who love it and indulge it will eat its fruit and bear the consequences of their words.
Words are powerful, as the bible says they carry the power of life and death. What is pushing you to speak? Is it faith or is it fear?
My friend was believing God for a car and as he committed the issue to God in prayer, God answered him and said that he would give him a car. The only issue is that God did not tell him when he would get the car.
From then henceforth he stopped praying for the car but instead he consistently gave thanks and he kept declaring and reminding us that his car was coming. Well, a year went by and he kept at it, then another year went by and he still kept declaring even though in the natural he could not see how that was possible.
When it was time on God’s calendar, the car came forth. He received a call and was handed car keys by a close friend who said, “God told me to give you this car” It was exactly what he had prayed for.
Because we believe we speak and we do not doubt even when things on the outside do not seem to align to the vision. We keep declaring it and we keep thanking God for it though we are yet to see it’s manifestation.
As we declare the vision we need to keep away from people who speak doubt and death to the vision. People who cannot see what God has spoken and thus speak fear doubt and impossibility. Remember it was the negative and fear filled words of 10 out of the 12 spies who were sent to spy the land that derailed the vision that God had given to the children of Israel. He had told them that he is taking them out of Egypt and bringing them into a land flowing with milk and honey but that did not happen. The adults in that generation died in the wilderness and it is their children together with Joshua and Caleb who entered the land. How did this happen?
The power of words!
What are you declaring?
Reflections
Is your speech propagated by faith or fear especially when things make no sense?
Faith comes by hearing and hearing the word of God. How does that tie in to our devotion today?
Are you in the waiting room? What will you say henceforth as you continue waiting?