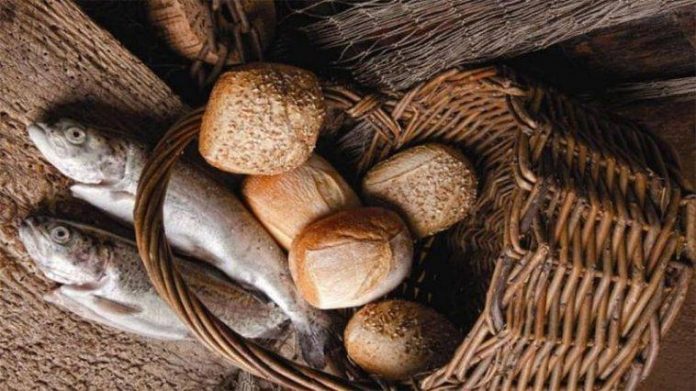 John 6:8
8 One of His disciples, Andrew, Simon Peter’s brother, said to Him, 9 “There is a little boy here who has five barley loaves and two fish; but what are these for so many people?”

According to Andrew, 5 loaves and two fish was too small compared to the need of a hungry multitude. We would all think the same but according to Jesus, this was more than enough. Like Andrew we sometimes look at what we have and it seems insignificant to us, it seems like it cannot make much of an impact and so we stay with it and do nothing. What if they had not given the seemingly small lunch to Jesus, would the multitudes have been fed?

Sometimes when God calls us to do something or to give something, we look at what we have and it looks so insignificant compared to the need or assignment at hand that we end up disqualifying ourselves yet it is God who is calling us meaning He already knows what we have and what we are capable of with all our short comings.

I am reminded of the widow at Zerephath who in her mind had only a little oil and flour but as she walked in obedience and made a meal first for the prophet as God had directed, the little was multiplied to become much. In giving out in obedience all she had left, she got bacj an abundant supply.
When you think about Moses, all he had in his hand was a shepherd’s staff but as he surrendered it to God, it was used to perform great and mighty miracles that we still talk about till today.

The encouragement today is that we should never shy away from giving whatever small thing we have to serve God and his people because what we have, we have been given by God and He cannot demand of us what he has not already given us. The man who was given 1 talent went on and hid it and the master was not pleased with him.

The best way to multiply whatever little you have is to put it to use to serve God and His people and as you do that in faith, God will multiply it.