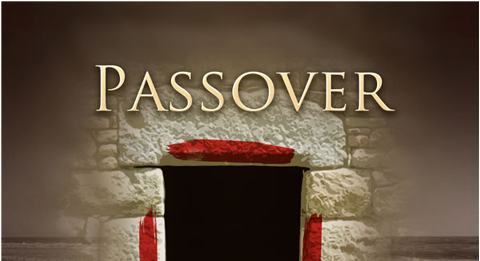 Exodus 12:23
23 For the LORD will pass through to strike the Egyptians; and when He sees the blood on the lintel [above the entry way] and on the two doorposts, the LORD will pass over the door and will not allow [f]the destroyer to come into your houses to slay you. 24 You shall observe this event [concerning Passover] as an ordinance for you and for your children forever.

Israel and his household had gone into Egypt to escape the drought and this was at the invitation of Joseph and it was a good thing. Now, several hundred years later, after becoming numerous in number, they had been made slaves to the Egyptians buy in the calendar of God, it was time to set them free so that they could go in and inherit the land he had promised to their Father Abraham.

Pharaoh refuses to let them go and despite God demonstrating his power through 9 plagues that disrupted and devastated life in Egypt, Pharaoh would still not budge!
It is at this point that God takes out the first born of every household in Egypt but before this the children of Israel were given specific instructions to observe;

Exodus 12:12-13
12 For I [the LORD] will pass through the land of Egypt on this night, and will strike down all the firstborn in the land of Egypt, both man and animal; against all the gods of Egypt I will execute judgments [exhibiting their worthlessness]. I am the LORD. 13 The blood shall be a sign for you on [the doorposts of] the houses where you live; when I see the blood I shall pass over you, and no affliction shall happen to you to destroy you when I strike the land of Egypt.

When death struck every household of the Egyptians, the Israelites were spared and the Lord passed over their houses when he saw the blood that had been smeared on their door posts. After this Pharaoh set them free and they set off to worship God carrying with them the wealth of Egypt. Not only did that blood protect them from death, it was also the last plague that set them free from slavery.
For us today, Christ became our Passover lamb, the lamb of God that was slain from the foundations of the world.

Ephesians 1:7 (AMP)
7 In Him we have redemption [that is, our deliverance and salvation] through His blood, [which paid the penalty for our sin and resulted in] the forgiveness and complete pardon of our sin, in accordance with the riches of His grace.

That same Passover is what we call the Holy Communion today! As we celebrate the Passover in the next few days, may we remember that we have been set free from the law of sin and death!