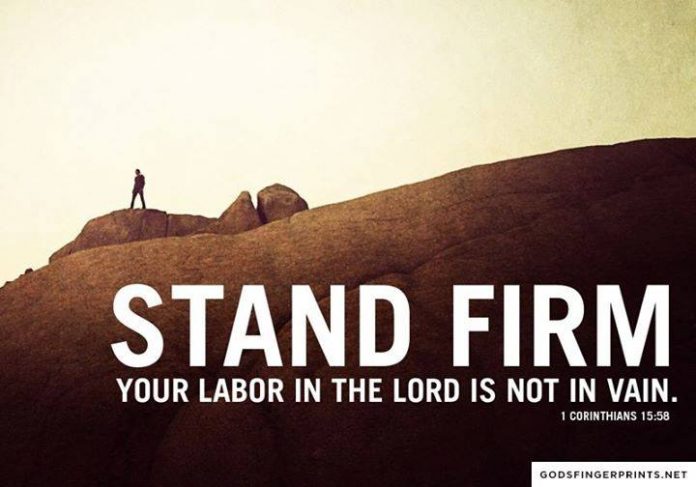 As we look at the 7 churches in the book of revelation two of them stand out because the Lord had nothing to say against them as he did with the other five. Instead their letters are filled with words of encouragement to hold on. The church at Smyrna and the church at Philadelphia. Consider what the Lord had to say;

Revelation 2:9
9 ‘I know your suffering and your poverty (but you are rich), and how you are blasphemed and slandered by those who say they are Jews and are not, but are a synagogue of Satan [they are Jews only by blood, and do not believe and truly honor the God whom they claim to worship].

Revelation 3:8
8 ‘I know your deeds. See, I have set before you an open door which no one is able to shut, for you have a little power, and have kept My word, and have not renounced or denied My name.

One of the most encouraging statements for me is this one “I know your deeds!” Sometimes when we serve God others don’t see it and sometimes there seems like no reward is coming our way but this one thing is for sure, God knows your deeds! The church at Smyrna was blasphemed and slandered, they suffered a lot and were poor but that did not stop them from remaining faithful. They held on to what they believed and did not compromise. In fact the letter comes to make them aware that more suffering is headed their way, some will be taken to prison and tribulation will be upon them for 10 days but they should remain faithful even unto death because Jesus promises them a crown of life, Those who endure will never be harmed by the second death.

The church of Philadelphia is also encouraged to hold on although they have little strength. Jesus tells then that He has placed before them an open door that no man can close and that he would make their enemies bow down at their feet. They are also promised a crown.

This is an encouragement to us to keep holding on to our faith. Persecution will come, we will be mocked and slandered and even end up in prison but in all that, we should never lose focus because God knows our deeds.

May this serve as an encouragement to you and I as we follow Christ and serve Him. Nothing we do for Him is in vain, He sees all things and if we remain faithful then He will give us the crown of life.

Stand Firm; do not compromise your faith!