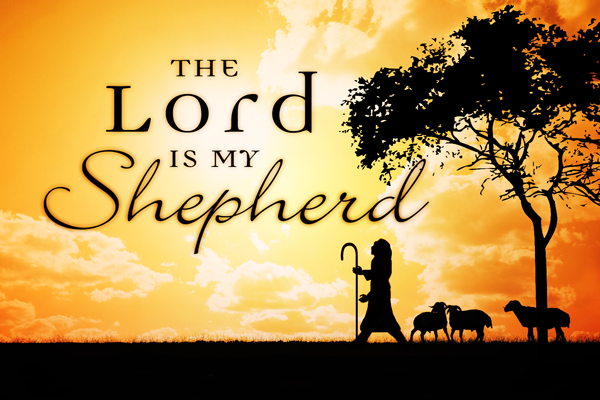 To say that the Lord is MY shepherd is to declare that the Lord knows me. If you are like me, then sometimes you wonder in the midst of the many billions of people who are on the face of the earth, am I really important? Do I matter? Does God even know that I exist? One scripture in the book of Jeremiah answers that question;

Jeremiah 1:5
“Before I formed you in the womb I knew you [and approved of you as My chosen instrument], And before you were born I consecrated you [to Myself as My own]; I have appointed you as a prophet to the nations.”
The same applies to you and I. Before we were formed in our mother’s womb, the Lord knew us and He already had a purpose for us. As much as He is the Lord of us all, He is also my Lord on a personal level. The Bible tells us in Romans 2 that God has no favourites. We are all His sons (He has no grandsons) and He being a good father knows each one of us individually, just like a good shepherd knows his sheep.
To further illustrate this lets looks at the parable of the lost sheep in
Luke 15:3-7.
Using a natural example that the people of His times would understand, Jesus asks them; “What man among you, if he has a hundred sheep and loses one of them, does not leave the ninety-nine in the wilderness and go after the one which is lost, [searching] until he finds it? And after he has found it, he lays it on his shoulders, rejoicing. When he gets home, he calls together his friends and his neighbours, saying to them, ‘Rejoice with me, because I have found my lost sheep!’

For you to notice that one sheep out of a hundred is missing means you have to know your sheep one by one. Jesus uses this illustration to point out that God the father knows each one of us on a personal level and He loves us so much that He would leave the 99 and come looking for the one who has lost his way.

Be encouraged today because God knows you and all that you are going through and He cares enough for you to promise that He has a good plan for your life if you will allow Him to lead you. Just as the sheep trust the shepherd, trust Him to lead you to the right places.