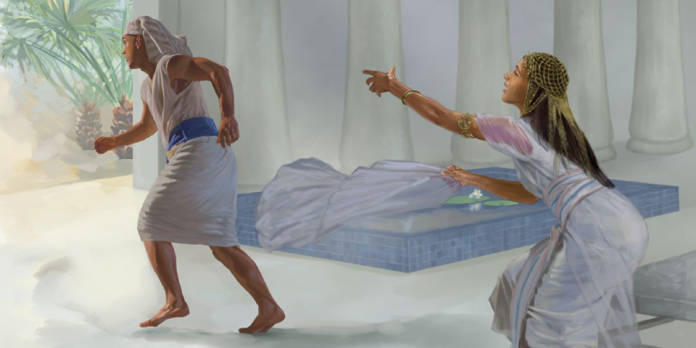 You would imagine that because Joseph did the right thing not to sleep with his master’s wife, then God would keep him out of prison and vindicate him right? Well that’s not how the story goes. Getting into trouble and being persecuted for doing the right thing is not a very good place to be at. In fact, if one is not careful, you could easily slip into a zone of bitterness against your persecutors and God for not protecting you yet you stood for what is right.
Even though false accusations are brought against him and he is thrown into prison, Joseph’s attitude and work ethic do not change. The thing I love most is that it does not matter where they put him, the blessing of God was always with Joseph because he guarded his heart at all times and always ensured he did the right thing.
Imagine going from being a slave to being a slave and prisoner accused of attempted rape. It seems like he is going further and further from the dream that God had given him but in reality, he is actually being trained and equipped for the very office God wanted him to occupy. Jesus said;
Matthew 5:44 (NKJV)
44 [a]But I say to you, love your enemies, bless those who curse you, do good to those who hate you, and pray for those who spitefully use you and persecute you,

It matters not the kind of environment you are thrown into, what matters is the kind of environment you allow in your heart. Even in the midst of false accusations and persecution Josephs character did not change. In fact, when the king’s baker and cup bearer are thrown into prison it is Joseph who reaches out to them and interprets their dreams.
In the same manner Jesus prayed for and healed the very people who arrested him and persecuted him. Our character should never change even in the face of persecution.