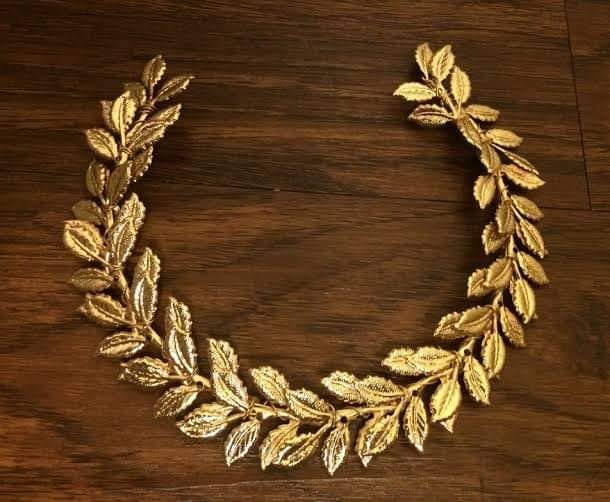 2 Timothy 4:7-8 NKJV
7 I have fought the good fight, I have finished the race, I have kept the faith. 8 Finally, there is laid up for me the crown of righteousness, which the Lord, the righteous Judge, will give to me on that Day, and not to me only but also to all who have loved His appearing.
Paul wrote the book of Timothy and at the time he wrote second Timothy, he was awaiting the moment of his execution. Paul was not focused on his death but rather what awaited him after he left this world. In verse seven he boldly declares that he has fought the good fight, he has run the race and he has kept the faith and now he awaits the crown of righteousness which Jesus the Lord of righteousness will give to him on that day.
When we think of a crown we think of this golden shiny thing associated with royalty that is placed on someone’s head, but is this the crown that Paul is talking about?
The Greek word used for crown in this passage is the word “stephanos” and this describes the crown that was given to athletes especially runners after they had run their race. It was not made of Gold but rather pine or olive branches. Though not made of expensive material, it was highly valued as public recognition of skill and commitment, discipline, and even endurance. It brought a person great acclaim.
Imagine Jesus giving you this crown signifying public recognition of the fact that you run the race and you kept the faith. This is a crown given to those who lived holy lives in anticipation of his return.
To fight the good fight of faith means we keep on believing and holding on to the word of God even when things seem to be turning out in the exact opposite from what we believe. This race that we are running is not about winning but rather about finishing just as Paul declares because those who keep the faith and run the race to the end will indeed get to be rewarded a crown of righteousness. The picture I have in my mind is the awarding ceremony during the Olympic games where the whole stadium comes to a standstill in honor of those who are being awarded.
Speaking of the Olympics I am reminded of the 1968 Olympic games and a gentleman known by the name Stephen Akwari.
He is a former marathon runner who represented Tanzania in the 1968 summer Olympics in Mexico City. He came last during the race finishing over an hour after the winner crossed the finishing line. The interesting thing is that he is famously known for this race more than the winner; why?
Well during the race when he reached the 19 km mark, he fell and got hurt badly dislocating his knee. Amazingly he picked himself up and kept running amidst the pain. By the time he was finishing the race, only a handful of people were at the stadium. The news crew that came to interview him asked why he continued to run the race to which he replied;
“My country did not send me 5,000 miles to start the race; they sent me 5,000 miles to finish the race.”
The same applies to you and me, Jesus did not die on the cross and resurrect from the dead to redeem me only for me to start the race, he did it so that I could fight the good fight, finish the race and keep the faith.
Reflections
Paul faced a lot of obstacles as he run his race but he kept on running, what are some of the obstacles you are facing and how does Paul’s testimony encourage you?
When you think of yourself standing before Jesus and he comes to you and places the crown of righteousness on your head, what thoughts come to your mind?
What must you do to ensure that you finish your race and you keep the faith?