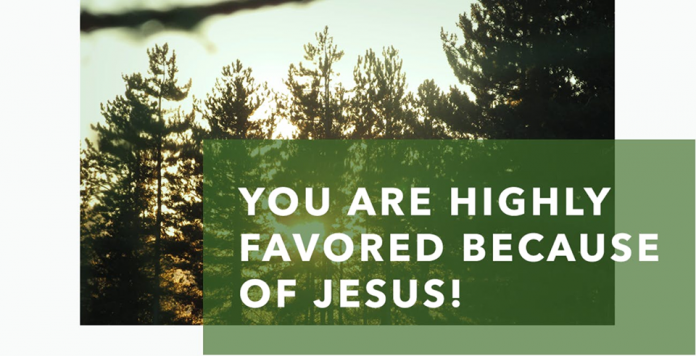 Luke 2:52 Amplified Bible (AMP)
52 And Jesus kept increasing in wisdom and in stature, and in favor with God and men.

The greatest and perfect example of living a life of dominion on this earth is the example of Jesus. The bible says that He grew in Favor with God and men.
To be favored means to find approval, it means to be empowered in a special way. It is to be endowed with special advantages and gifts. Without that Jesus would not have been able to walk and operate in dominion. No wonder Jesus when He was about to ascend back to heaven, he told his disciples to wait in Jerusalem until they were endowed with power from oh high before they embarked on their commission.

In the beginning Adam also walked in the same kind of favor but he lost it when he walked the path of disobedience. Jesus came to fulfil the mandate of the father, His fathers will and to accomplish that then He needed to be empowered with Favor which can only be maintained when you walk in obedience to the one who gave you the mandate you are to fulfil.

John 5:19 Amplified Bible (AMP)
19 So Jesus answered them by saying, “I assure you and most solemnly say to you, the Son [a]can do nothing of Himself [of His own accord], unless it is something He sees the Father doing; for whatever things the Father does, the Son [in His turn] also does in the same way.

Without Gods favor, without His approval and empowerment then it becomes impossible to walk in dominion. Walking in His will attracts His favor upon your life. Throughout the old testament we interact with people who found favor with the Lord because the made a choice to walk in obedience, from Noah to Abraham, to Moses and Joseph.
You and I who are born again have also been empowered with that same favor so that we can live a life of victory and dominion.