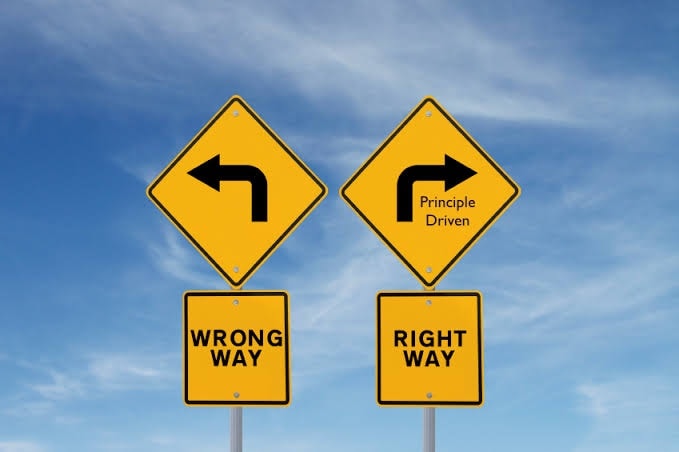 Daniel 6:4 NKJV
So the governors and satraps sought to find some charge against Daniel concerning the kingdom; but they could find no charge or fault, because he was faithful; nor was there any error or fault found in him.
By the time we are getting to meet Daniel in Babylon, he is a young man who is principled in the way he lives his life. He had grown deep roots in his relationship with God, principles on which the rest of his life was built, a kind of compass that determined which direction his life would go.
A principle according to the dictionary is;
prin·ci·ple
noun
a fundamental truth or proposition that serves as the foundation for a system of belief or behavior or for a chain of reasoning.
What are the fundamental truths that serve as a foundation for what you believe in?
When we look at Daniel’s life, we see consistency where his principles are concerned. As a young man in Daniel 1:8 we see him refusing to eat the king’s delicacies because they contradict the godly principles that govern how he is living his life.
In Daniel 5 we see him later in his life refusing the king’s gifts when he reads and interprets the writing on the wall.
The most famous showdown and the one we remember Daniel for is in Daniel chapter 6 when he refused to obey the king’s decree and as was his custom he continued in prayer as he always did though it meant he would lose his life. He ends up in the lion’s den but as we know God shuts the mouths of the lions and he is saved.
When you live your life according to godly principles, at first people may ridicule you, they may laugh at you and even make fun of you and place traps along your path to test you but hold on! This one thing I have observed, the very people who may ridicule you will come back to you individually when they need someone solid who can be trusted.
Reflective Thoughts
Do you have principles on which you are building your life? What are the 3 main principles?
Have you ever been in a situation that made you compromise your principles? What happened and what caused you to compromise?
Becoming a man or woman of Godly principles will cost you, like Daniel are you willing to pay the price?