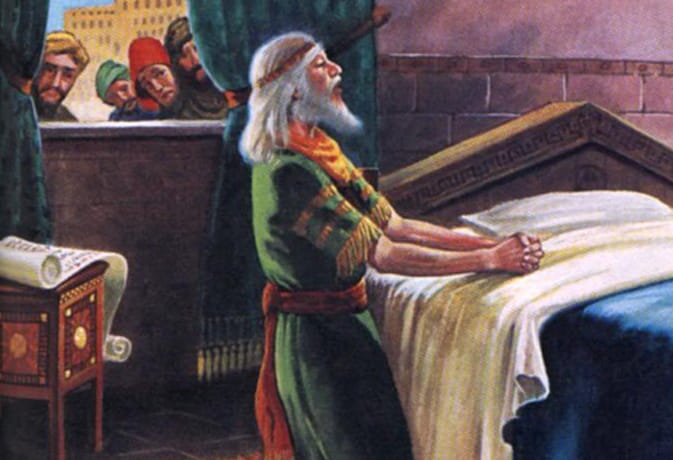 Daniel 6:10
10 Now when Daniel knew that the writing was signed, he went home. And in his upper room, with his windows open toward Jerusalem, he knelt down on his knees three times that day, and prayed and gave thanks before his God, as was his custom since early days.
Daniel had a secret weapon, a weapon that he knew how to use effectively, a weapon that is at the disposal of every child of God, a weapon that our enemy cannot contend with but sadly it is scarcely used by many. Prayer is that weapon.
Daniel’s victories were first won in prayer before they ever manifested in the physical. Three times a day he would pray and this had been his custom since his early days. It was his lifestyle. He did not only go into his prayer closet when trouble came his way, no, it was his daily custom, it was his lifestyle.
His prayer life demonstrated consistency, persistence, faithfulness and patience in his devotion and service to God. He was closely connected through prayer to the God that he served. His prayer life was the engine that enabled him to remain a man of purpose, principle, excellence, and purity despite his rise to power and prominence over the empire.
1 Thessalonians 5:17-18 …… pray without ceasing, in everything give thanks; for this is the will of God in Christ Jesus for you.
The question you and I need to ask ourselves today is this; “What is your custom when it comes to your prayer life?” For Daniel it was a priority even when it meant he would lose his life he still made a decision to pray the way he normally did, it was none negotiable.
May we be as bold and consistent in our prayer life just like Daniel.
Reflective Thoughts
How important is prayer in my Christian life?
How much time do I allocate to it and am I consistent?
What will I do differently to cultivate a consistent prayer life?