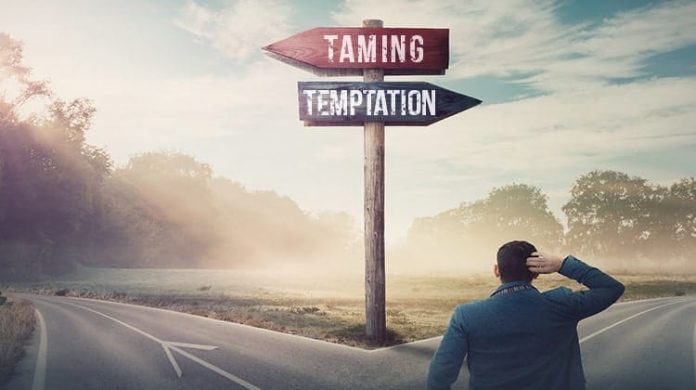 James 1:14-16 AMP
14 But each one is tempted when he is dragged away, enticed and baited [to commit sin] by his own [worldly] desire (lust, passion). 15 Then when the illicit desire has conceived, it gives birth to sin; and when sin has run its course, it gives birth to death. 16 Do not be misled, my beloved brothers and sisters.
Have you ever heard about how the Eskimos kill wolves? Sounds pretty hard to believe but legend has it that this is how they do it. First the Eskimo coats the blade of his knife with animal blood and allows it to freeze. He then adds and freezes more layers of blood, several coats, in fact, until the blade is completely covered with frozen blood. Next, he plants his knife in the snow, the blade facing up and goes about his business.
When a wolf finds his way to the luring aroma of fresh blood, he starts licking. Then more and more vigorously, lapping it until the sharp blade of the knife is exposed. However, by this point, so intense is his craving for the scrumptious blood, that the wolf does not notice the sharp sting of the blade on his own tongue, nor does he even realize that his ravenous craving is now being satisfied by his very own blood! By light of dawn, the Eskimo will find him laying dead in the snow.
Whether true of just a legend, this story brings to our attention important things we need to note about temptation.
When you really think about it, the devil entices us in exactly the same way. It simply begins with some desire that goes unchecked with the promise of pleasure or an advantage that we are attracted to. This may seems innocent and safe and all we think about is the fulfillment we will get from it. This will be either the lust of the flesh, the lust of the eyes or the pride of life.
The more we indulge in it, the more our craving for it increases because that still small voice gets dimmer and dimmer and before we know it we are completely consumed.
The devil is a liar, the father of all lies but somehow when he whispers into our ear like he did with Eve promising us goodies we believe knowing full well that he will not deliver we somehow fall for it.
Whatever it is that the enemy has enticed you to lick, just remember that it is designed to kill, steal and destroy you and you will not even realize when that happens. Nothing that comes from the devil can be good.
Always remember sin may look good when it entices you, the goal is to get you entangled and ultimately enslaved. It may feel good at the moment of indulgence but always remember that is temporary and the real fruit that sin bears each time every time is death.
No more ENTANGLEMENTS!