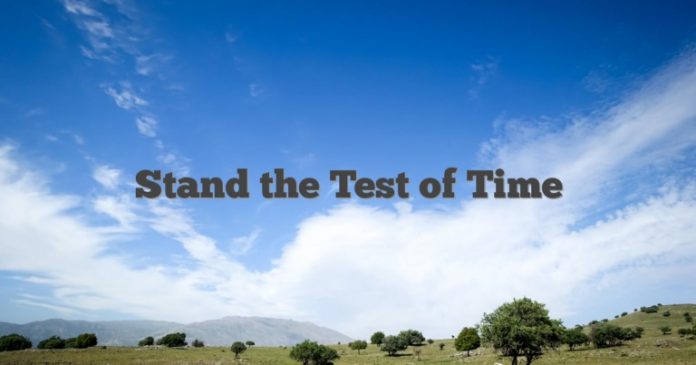 Isaiah‬ ‭26:4
“Trust in the Lord forever, because in the Lord, the Lord Himself, is an everlasting rock!”

Fear is a Liar
Isaiah is pleading with the Israelites to put their trust in the Lord. They are cowering in fear with the warning that the king of Assyria is coming towards Jerusalem. He is trying to tell them that God is bigger than any army. Of course, they didn’t listen, and the king went off and paid the Egyptians to protect them. That ended badly, and soon, the Assyrians had surrounded them with one hundred and eighty thousand troops.

What are you anchored to?
In the Bible, the rock is a symbol of an immovable object in the midst of a storm. The meaning behind it is that you anchor yourself to the rock to endure the storm. Jesus is that rock for us. We can trust Him forever because He isn’t going anywhere. What anchors your life? Are you putting your trust in your money? Maybe you have placed your trust in another person? All of these will fail you at one point.

Stands the Test of Time
God had to show the Israelites to trust Him in a powerful way. As the Assyrians camped one night, God sent an angel to wipe them out. Two homeless guys stumbled on the camp and witnessed the aftermath. They brought the booty back to Jerusalem, and the people wouldn’t believe them. We can put our trust in the Lord because He isn’t going anywhere and nothing can overcome Him. He stands the test of time.