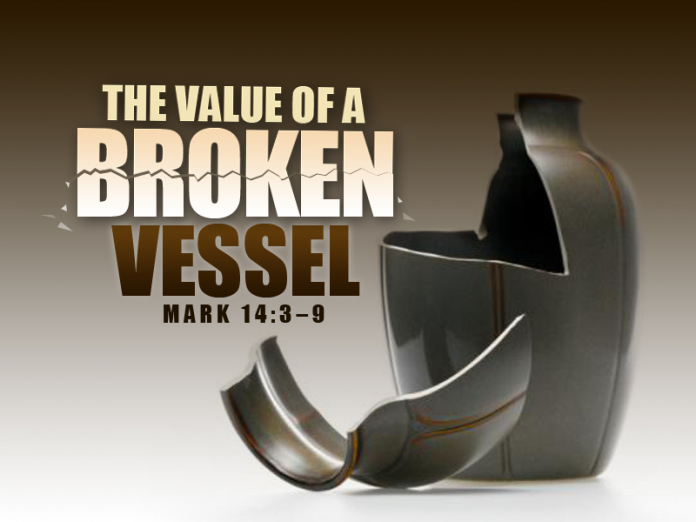 Psalm 51:17 (AMP
17 My [only] sacrifice [acceptable] to God is a broken spirit;
A broken and contrite heart [broken with sorrow for sin, thoroughly penitent], such, O God, You will not despise.

When Jesus walked on the face of this earth, He displayed the working of the power of God. His first miracle was at a wedding where He turned water into wine but before that, after He was baptized, we see Him come face to face with the devil when the Holy Spirit led Him into the wilderness. Using the word, we see Jesus push back the temptations that the enemy throws His way. Jesus comes out victorious but sin still has a grip on the human race.
At one time Jesus comes face to face with a man possessed by demons and at the sight of Jesus the demons tremble and request to be sent to the pigs. At just the word of Jesus, the demons leave the man and they enter into the pigs which jump off the cliff, what a victory and such a display of power and authority but sin still has a grip on man, he is still a slave to sin.
Lazarus dies and he is buried and his sisters and those when had come to mourn with them think it is all over. Jesus comes and tells them to roll the stone away and all He does is call out to Lazarus to come forth and the dead man comes out walking full of life. What a display of Gods power over death but even with all that, man is still a slave to sin.

We can go on and talk about blind Bartimaeus, the fish and loaves that Jesus multiplied, the woman with the issue of blood, the men who had leprosy and He healed them and many other instances where Jesus displayed the power of God but even with all that, man was still a slave to sin.

To finally defeat the hold of sin over man Jesus unleashes a weapon that seems like a weakness, a weapon that is camouflaged as a weakness that even the enemy did not see it coming. Jesus surrenders and allows Himself to be broken to the point of death. It was the weapon of surrender and brokenness that dealt the final blow to the enemy defeating him once and for all.
There are times when God just wants us to be broken because that then allows Him to unleash power like we have never experienced before. To be broken you must be in a position of humility and when you humble yourself then God will lift you up.

Philippians 2:9-11 (AMP)
9 For this reason also [because He obeyed and so completely humbled Himself], God has highly exalted Him and bestowed on Him the name which is above every name, 10 so that at the name of Jesus [a]EVERY KNEE SHALL BOW [in submission], of those who are in heaven and on earth and under the earth, 11 and that every tongue will confess and openly acknowledge that Jesus Christ is Lord (sovereign God), to the glory of God the Father.

The problem with us sometimes is that we are so egocentric and we have such a sence of entitlement and we miss out on opportunities to break forth in victory because we are not willing to be broken before God. Like Saul we are full of excuses and we are so concerned about what people will think and say about us.
May we be broken like David,No wonder even with his weaknesses God was still able to say of him that he is a man after my own heart!