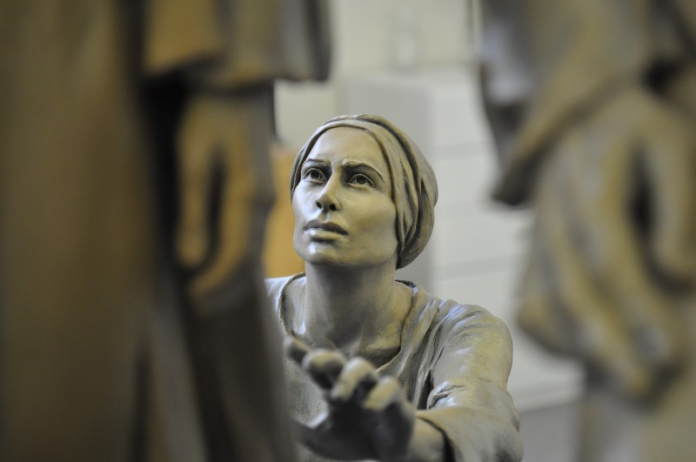 Luke 8:44; 48-48
44 She came up behind him and touched the edge of his cloak, and immediately her bleeding stopped.
47 Then the woman, seeing that she could not go unnoticed, came trembling and fell at his feet. In the presence of all the people, she told why she had touched him and how she had been instantly healed.48 Then he said to her, “Daughter, your faith has healed you. Go in peace.”

This woman had been through a lot. 12 years of searching for a cure and yet it seemed like things were getting worse. She had been to all sorts of physicians and all she got were fake promises as her finances dwindled until she had nothing. In the society she lived in, she was considered unclean because of the laws that governed their way of life. She could not live freely with others because she was unclean. Anybody she touched became unclean just like her. Anyone who touched her became unclean just like her. It seemed like her problem had put her in prison that she could not get herself out of.

The bible says -that faith comes by hearing and I am sure one day she heard about Jesus and how he went about healing all sorts of diseases. She must have thought of how it would be if Jesus touched her and healed her, but then if Jesus touched her then He would have become unclean according to the law. It seemed like all hope was lost but she kept holding on and believing that her day would come, somehow.
The day finally came and she heard that Jesus was passing by; the only problem is that He was surrounded by people and He was attending to someone else, someone important, an official from the synagogue. In fact, He was on His way to his house.

What do you do when all odds are against you? Do you give up or do you hold on to what you believe? It is said that where there is a will there is away!

Maybe if I sneak through and just touch the helm of his garment I will be made well. Against all odds, the woman acted on her faith. She risked her life going into the crowd to reach out to Jesus. Her faith would not allow her to sit still and accept that she was doomed in her situation. She took matters into her own hands because in reality there was no one who would have been willing to help her get to Jesus. Her faith interrupted and delayed someone else’s miracle. In fact, she sneaked her way into this whole story and she got her healing!

Take Out
Faith without works is dead. Act on your faith even when everything around you seems to be screaming and saying it is not possible or people like you don’t qualify. Just do it!
Remember;
Faith as small as a mustard seed can move mountains!