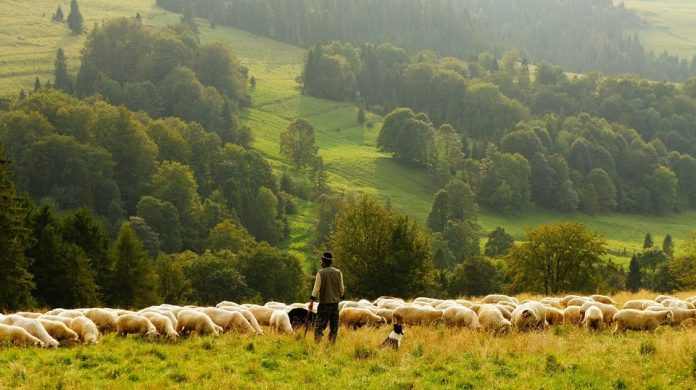 Luke 2:8-12
8 “In the same region there were shepherds staying out in the fields, keeping watch over their flock by night. 9 And an angel of the Lord suddenly stood before them, and the glory of the Lord flashed and shone around them, and they were terribly frightened. 10 But the angel said to them, “Do not be afraid; for behold, I bring you good news of great joy which will be for [f]all the people. 11 For this day in the city of David there has been born for you a Savior, who is Christ the Lord (the Messiah).12 And this will be a sign for you [by which you will recognize Him]: you will find a Baby wrapped in [swaddling] cloths and lying in a manger.”
The shepherds represented some of the low class people in the society. Its night time and they are keeping watch over the sheep meaning they are always with the sheep. You can imagine how they smelled like. Now imagine if a king has been born, a heavenly king for that matter, you would expect the news to be given to fellow kings and the affluent in society. That was not the case with Jesus the king of kings. When He was born, the message was first given to the lowly shepherds out in the field and an angelic host brought the news to them. This is so befitting because Jesus though a king identifies Himself with the shepherds. In John 10:11 He says he is the good shepherd.
This visitation reveals to us that Jesus came for everyone because He identifies with the lowly and humble. The shepherds were the first to be given the news that He had been born and they were told where to find Him. They were the first to go to where the baby was and after they had seen Him they went out to tell others.
The shepherds were also obedient to the instructions they were given and they did not doubt. They immediately went to Bethlehem, they left their sheep. The bible records that they went quickly and after they met and saw the baby they became evangelist going out to tell others about this king that had been born.
May we also meet Him and tell others about Him.