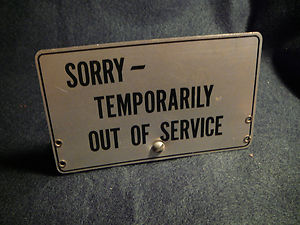 Galatians 5:13‭-‬14 AMP
13 For you, my brothers, were called to freedom; only do not let your freedom become an opportunity for the [e]sinful nature (worldliness, selfishness), but through [f]love serve and seek the best for one another. 14 For the whole Law [concerning human relationships] is fulfilled in one precept, “YOU SHALL LOVE YOUR NEIGHBOR AS YOURSELF [that is, you shall have an unselfish concern for others and do things for their benefit].

Serving others is something we are told to do over and over again in the New Testament. It should be the nature of them who are Disciples of Christ. Our human nature is contrary to that, we want to lord over others and we love to be served.
As we saw yesterday Joseph though a slave, was a man who lived under God’s Favor. So great was the Favor that his heathen master took note and left everything under his care.

Genesis 39:5 AMP
5 It happened that from the time that he made Joseph overseer in his house and [put him in charge] over all that he owned, that the LORD blessed the Egyptian’s house because of Joseph; so the LORD’S blessing was on everything that Potiphar owned, in the house and in the field.

Though Joseph was a slave, he served his master with a pure heart. He did not serve because he was forced to; he did so because he wanted to. We see the same thing even when He was thrown into prison and also when he was in the palace. Joseph truly had a heart to serve people and to see them live a better life. We see the same attitude when his brothers come over to Egypt. They say the true test of character is when you have power over those who oppressed you. Joseph just like Jesus was able to forgive and serve the very people who oppressed him. He was able to see the big picture as he told his brothers that what they had done to him, God had turned it for good because he went before them to preserve them.
To serve those that you love is a great thing, but that’s the easy part. What would your attitude be when serving the very people who have oppressed you? Is it possible for you to do that with a clean heart?
Serving others with a clean and pure heart attracts God’s Favor over your life
Jesus said if you do it to anyone of these; you have done it to me.

Look for opportunities to serve others out of a genuine heart with no strings attached not so that you can get anything but simply because that is your new nature in Christ Jesus our Lord.