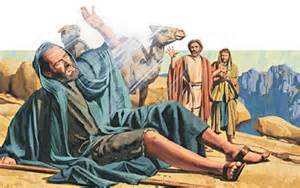 John 1:42 Amplified Bible (AMP)
42 Andrew brought Simon to Jesus. Jesus looked at him and said, “You are Simon the son of John. You shall be called Cephas (which is translated [a]Peter).”
From a fisherman to a fisher of men.
The name Simon means “he has heard”. When we are introduced to Simon in the book of John, he is brought to Jesus by Andrew his brother. Andrew was a disciple of John the Baptist but when John calls out Jesus as the Lamb of God, and then Andrew follows Jesus and later brings Simon to Him. Interesting that the first thing that Jesus does when He is introduced to Simon, is that He changes his name to Cephas translated as Peter which means Rock. From he has heard to rock, what a transformations.
This transformation can be seen in Peters walk with Jesus. Peter was such an impulsive guys, he was all over the place. He is the one who jumped out of the boat at the word of Jesus and walked on water. He was the same one who wanted to put up three tents on the mount of transfiguration, one for Moses and another for Elijah and one for Jesus. Peter was the very one who adamantly insisted that he would not deny Jesus but he ended up doing exactly that. He is the very one who got so discouraged that he went back to fishing, and that whole night they caught nothing.
Peter had leadership qualities but he was not stable, at one point he was on this extreme and at another point he was on the other extreme. Remember this was the guy who cut off someone’s ear trying to protect Jesus from being arrested only to deny him some hours later.
Jesus calls him Peter meaning rock, a rock is stable and that what Peter needed to be for the sake of the others because he was a leader.
Luke 22:32 Amplified Bible (AMP)
32 but I have prayed [especially] for you [Peter], that your faith [and confidence in Me] may not fail; and you, once you have turned back again [to Me], strengthen and support your brothers [in the faith].”
It was Peter who preached the first “Crusade” on the day of Pentecost and 300 people got born again. It was this same Peter together with John who healed a lame man at the gate called beautiful. Talk about being transformed to one who just heard to being a rock. Church historians tell us that Peter was crucified but upside down because he felt unworthy to be put to death in the same manner as his master. He was a rock that did not waver all the way to the end.
Who are you? Simon or Cephas? Allow God to introduce you to the you that you have never met!