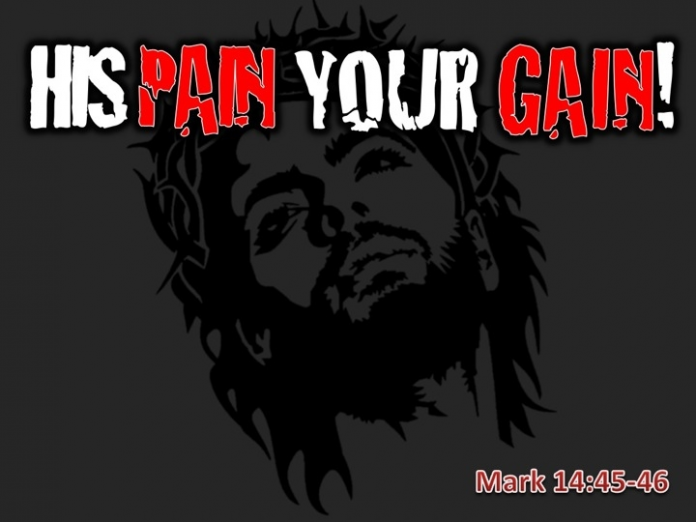 It is said that Cyrus, the founder of the Persian Empire, once had captured a prince and his family. When they came before him, the monarch asked the prisoner, “What will you give me if I release you?” “The half of my wealth,” was his reply. “And if I release your children?” “Everything I possess.” “And if I release your wife?” “Your Majesty, I will give myself.” Cyrus was so moved by his devotion that he freed them all. As they returned home, the prince said to his wife, “Wasn’t Cyrus a handsome man!” With a look of deep love for her husband, she said to him, “I didn’t notice. I could only keep my eyes on you- -the one who was willing to give himself for me.”

Philippians 2:8
8 After He was found in [terms of His] outward appearance as a man [for a divinely-appointed time], He humbled Himself [still further] by becoming obedient [to the Father] to the point of death, even death on a cross.

The mind of Christ is a sacrificial mind. The bible tells us in Hebrews 5:8 that Christ though He was a Son, yet He learned obedience by the things which He suffered. His actions for our sake demonstrate the degree of love that He has towards us. He did what He did because we were on His mind. He suffered so that we could benefit, He took our place so that we could take His place.

Because we know that Christ is the Son of God, I think we sometimes forget that he was also human when He walked on this earth and he felt everything that we feel as humans. It is only when I saw the movie “The Passion of The Christ” that it dawned on me the pain anguish, suffering and sacrifice that Christ made for you and I. Even the fact that He would leave heaven and its glory behind to become a man is quite the sacrifice to make. He lowered Himself so that we could be exalted, who does that?
A Christ-like mind is one that considers others as better than self, one that looks out for others.
As Jesus said, Greater love hath no man than this that a man would lay down his life for a friend!

Would you lay down your conveniences and comfort even give up your life for the sake of others? That is what Christ did for us and that’s one attribute of a Christ-like mind.