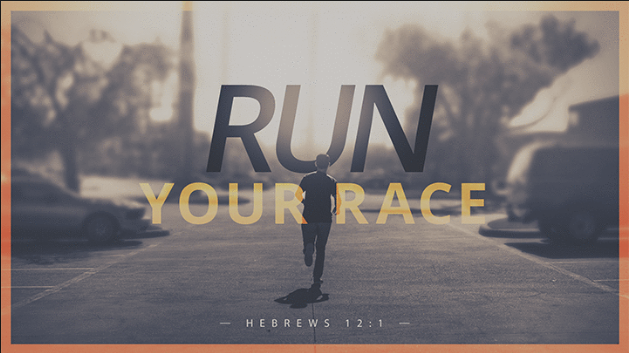 Finishing Strong
Hebrews 12:1-2
Therefore we also, since we are surrounded by so great a cloud of witnesses, let us lay aside every weight, and the sin which so easily ensnares us, and let us run with endurance the race that is set before us, 2 looking unto Jesus, the [a]author and [b]finisher of our faith, who for the joy that was set before Him endured the cross, despising the shame, and has sat down at the right hand of the throne of God.

I once read a story about a guy who had gone for his regular morning jog. As he was running another man passed him and because of his ego he put his best foot forward to catch up with his “competitor” and prove that he was also a good and strong runner. Catch up he tried but he could not because the other man was faster. When he finally gave up he realized that he had missed his turn home because he was so focused on running someone’s race to prove a point and he had to turn back and run longer to find the turn to his house.

Some of us do not finish strong because we are trying to run someone else’s race. We want to prove a point, we want to compete and show that we are better and in the quest to stroke our egos we lose our path. We waste a lot of time and energy and sometimes invite frustration in our life simply because we are trying to outdo someone in running their race.
Jesus knew his race, no wonder he was able to say it is finished! Paul the same when he said I have run my race I have finished the course. You cannot finish strong if you do not know the race that you are running in.
what is your purpose? What exactly are you meant to be doing? When that is clear to you then you will not be distracted by others who are running their race even if it seems like they are running faster than you are.
God has equipped you for the race that He has called you to run, so own it and run it with patience knowing that the goal is to finish because you are not competing with anyone.
Finish and finish strong.