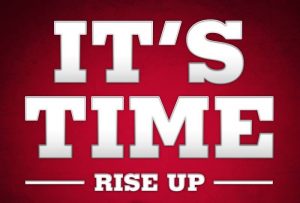 Luke 10:19
19 Behold, I give you the authority to trample on serpents and scorpions, and over all the power of the enemy, and nothing shall by any means hurt you.

We live in what I call the super hero era. We love super hero stories and movies have been and keep being produced about them. Whether its superman or Batman, the flash or wonder woman somehow we all get captivated by their stories. I sometimes think we are so captivated because in our minds we see ourselves as the super hero. We identify because every super hero has two personalities, one which is the normal one that blends into the community, doing a regular job sometimes being the clumsy kind of person that others don’t see any super qualities in and then there is the super hero who emerges when there is trouble and the community is in danger and the super hero always saves the day from evil forces.

As believers we may sometimes seem like the normal clumsy individual than others don’t think much about but in reality we are the super heroes, not because we are so good but because greater is he who lives in us than he who lives in the world. Jesus the one we have submitted our lives to has given us authority to trample over serpents and scorpions and over ALL the power of the enemy and he promised that nothing shall by any means harm us.

Just like in the movies when the evil forces seek to destroy the community, we who are called by his name need to take our place of authority and transform into the “super hero” that we are through Christ and dispel the forces of darkness that seek to take over.

In seasons like we are in now as a nation, getting closer to an election and there are so many negative voices speaking over the nation, we need to rise up and exercise the authority that we have been given.