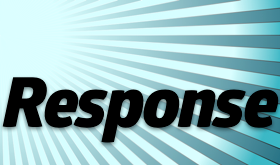 John 3:16 New King James Version (NKJV)
16 For God so loved the world that He gave His only begotten Son, that whoever believes in Him should not perish but have everlasting life.
John 3:16 has got to be one of the most known scriptures from the bible and it clearly informs us of the reason behind the season of celebrating the birth of Christmas. This week we have been looking at the different characters around the Christmas story and how they reacted to the news that a savior and king had been born. Mary the mother of Jesus embraced the message and said “be it unto me according to your word”. The shepherds also embraced the message and they left their sheep went on to see the baby and went off telling everybody the good news. The wise men travelled from the East and they came all the way to find the newborn king so that they could worship him.
Herod the king, on the other hand, had a different reaction, a reaction of fear and to protect his kingdom he ordered the killing of many children two years and below.
This story has another character that we many times forget about and that Character is you and I. To acknowledge and celebrate that he came then puts the responsibility in your hands to respond to the reason why he came. As I like to say. “Christmas is fulfilled at Easter” because it was at Easter that He fulfilled the purpose for which He came. Without Easter then John 3:16 cannot be complete.
What is your response to this newborn king?
Romans 10:9 New King James Version (NKJV)
9 that if you confess with your mouth the Lord Jesus and believe in your heart that God has raised Him from the dead, you will be saved.
Jesus came to give us life and life more abundantly, he came to free us for the chains of sin and bondage and he paid the full price.
Our response is to confess with our mouth that He is Lord and to believe in our hearts that God raised Him from the dead.
As we celebrate a little baby wrapped in swaddling clothes and lying in a manger, let’s not forget that He became a man who was crucified on the cross, died and God raised him from the dead. How will you respond to that?