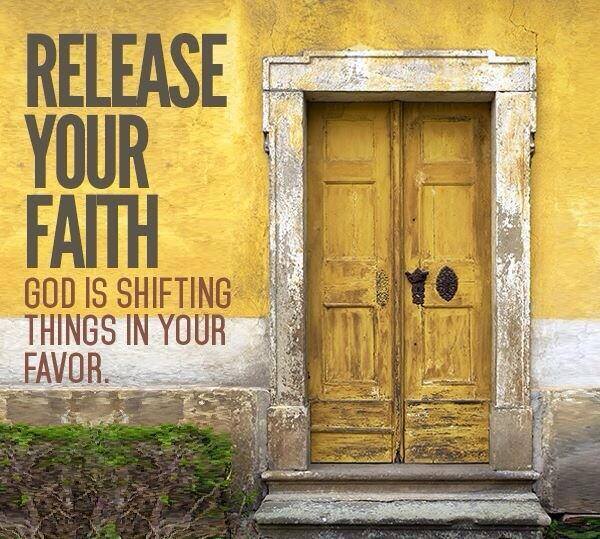 A good number of Christians are living a defeated life because they have not gotten the revelation of how to release their faith. They are living life below that which God has set for them because they have realized that faith is the key that opens the doors to the impossible.

Romans 10:17 (AMP)
17 So faith comes from hearing [what is told], and what is heard comes by the [preaching of the] message concerning Christ.

The first step in releasing your faith is to hear the word and to believe it. Many people hear the word, they can even quote for you lots of scriptures but do they believe what they have heard? You act on what you believe, in the same way you believed the message of salvation through Jesus and you surrendered your life to him. In the same way we ought to believe and act on all the other things he has spoken to us in his word. This means to walk in faith, it is paramount to know the word, not only to know it but to consistently meditate on it.

2 Corinthians 4:13
13 Yet we have the same spirit of faith as he had, who wrote in Scripture, “I BELIEVED, THEREFORE I SPOKE.” We also believe, therefore we also speak,

When we meditate on God’s word then we will speak the word of God in faith in all circumstances we face in life. When we are faced with pressures of life and impossible situations then what is on the inside of us will flow out. We believe therefore we speak. Our words reveal what we believe, what we hold dear in our hearts. Our words can either propel us though open doors or they can hold us back from walking into what God has prepared for us.

Joshua and Caleb spoke words of faith because they believed what God had promised them and that is that he had already given them the land. The other 10 spies all spoke words of fear and defeat and because of their words they held back a whole nation from entering their destiny!
The same applies to us even today because faith has a voice, what are you speaking? Are your words aligned to the word of the Lord or are they in opposition? To walk in and speak words of unbelief is to put the very nature of God on trial. It is to declare that God is a liar and that He is not able to accomplish what he has spoken. It is in essence to declare that he is not the all mighty and that he is limited in what he can do.

So how do you release you faith? Hear and believe the word, meditate on the word consistently, speak the word in all situations no matter what you see in the natural and then walk out what you believe, act on the word. More of how to do that in tomorrow’s devotion.