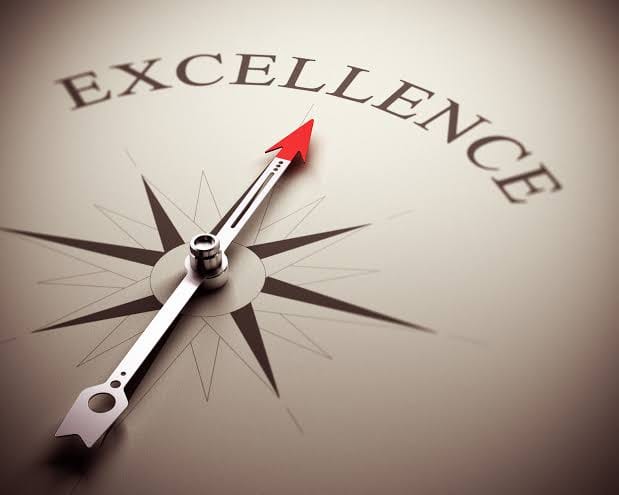 Daniel 1:8
8 But Daniel resolved not to defile himself with the royal food and wine, and he asked the chief official for permission not to defile himself this way.
The name Stradivarius is synonymous with fine violins. This is true because Antonius Stradivarius insisted that no instrument constructed in his shop be sold until it was as near perfection as human care and skill could make it. Stradivarius observed, “God needs violins to send His music into the world, and if any violins are defective God’s music will be spoiled.” His work philosophy was summed up in one sentence: “Other men will make other violins, but no man shall make a better one.”
Why should we strive for excellence? Because we are made in the image and likeness of him who is excellent in all he does. Can you imagine what this world would look like or how we would be like if God was mediocre in his work? Ephesians 2:10 tells us that we are Gods masterpiece, he created us with excellence.
Excellence is not about being better than others, neither is it about being perfect every time, excellence is about doing the very best that you can no matter the circumstances
. Daniels entire life was driven by his relationship with God. Everything he did he did unto God and he would not allow himself to be part of anything that defiled him and affected his relationship with God. Joseph was the same, when tempted by Potiphar’s wife he said “How can I do such a thing and sin against my God?”
For both these men, all they did was done with excellence because to them it was a reflection of their relationship with God and in essence it was an act of worship to the God they served. In their eyes God was worthy of their very best no matter the circumstances.
If we are to do everything as unto the Lord, shouldn’t we then give it our best? My pastor used to tell me that “If anything is worth doing, it is worth doing well!”
The violin maker did not just make violins, he made violins that would play Gods music. His work was driven by his relationship with God.
Do you have a relationship with God? If he were to inspect what you do, would he be pleased because of the excellence, enough to give you a promotion or would he be disappointed with the mediocrity so much as to demote you?
Reflections
Do you do everything as unto the Lord?
In relation to the above question, how has your attitude affected what you do?
What do you need to do to ensure that you are always giving your best?