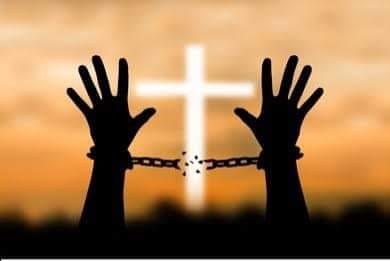 1 Corinthians 6:12 AMPC
12 Everything is permissible (allowable and lawful) for me; but not all things are helpful (good for me to do, expedient and profitable when considered with other things). Everything is lawful for me, but I will not become the slave of anything or be brought under its power.
To be enslaved means to be put under the power of something or someone. Paul says that though everything is lawful, he will not become a slave of anything or be brought under its power.
We were once slaves to sin until Jesus came to set us free, and now he is Lord over our lives. It is no longer I who lives, but Christ lives through me. Anything that seeks to control my life outside of Christ then becomes sin, no matter how good it may seem.
With that in mind, then, you and I begin to see that we have so many things that seek to enslave us and control how we live our lives.
Entertainment is huge in this generation, but for many they have been enslaved by it without even knowing it. Social media is also a huge one for this generation in fact, many young people wonder what we used to do when we had no social media. Our phones have also enslaved us, we cannot function without them. All these are tools that are being used for good, but the truth is that they are also so addictive, and many believers have been brought under their control.
Then we have the other addictions that are on the negative, alcohol, drugs, sex, and the like, the kind of addictions that we do not expect believers to indulge in. But what about food or even our jobs or even relationships? The bible says cursed is the one who puts their trust in man.
What about emotions that we have allowed to enslave us? Greed, anger, lust, unforgiveness? Have we come to the place where we explain it as our temperament, and we think it is OK?
Though some may be lawful, have we been enslaved but these things? Are we struggling with some secret sin, and we have come to accept that as our lot in life?
That should not be because Jesus came to set the captives free!