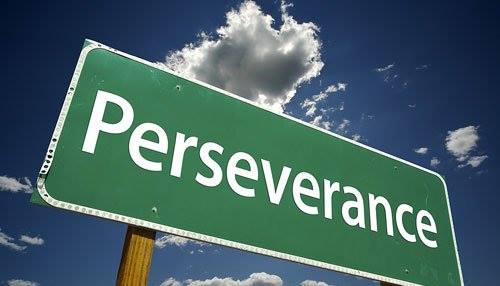 Finishing Strong
A long time ago, Robert Bruce, the king of Scotland, was forced to hide from his enemies. He found refuge in a cave deep in the forest. He was down¬hearted and discouraged. He had tried to save Scotland from her enemies, but he had lost every battle. His soldiers had been killed or hurt or forced to hide.
“It is of no use to fight anymore,” he said. “Our enemies are too strong for us.”
Just then he saw a spider weaving a web. She was trying to spin the web between two rocks. She had fastened one end of her thread to a rock and was trying to swing herself across, but each time she failed to reach the rock.
Bruce sat watching her for a long time. He wondered how long she would keep on trying. The spider tried and failed seven times. “You are a brave and patient spider,” thought the king. “If you try once more and succeed, I, too, will fight again.”
The spider swung herself once more on her thin thread. This time she reached the other rocks and fastened her thread.
“Thanks for the lesson you have taught me, little spider,” said Bruce. “I will try once more to free Scotland from her enemies.”
So King Robert went forth again at the head of his army. He and his men fought as they had never fought before. Bruce won the battle and his country was freed.
James 1:12
Blessed is the one who perseveres under trial because, having stood the test, that person will receive the crown of life that the Lord has promised to those who love him.
To be able to finish strong, you and I need perseverance, we need to stick with it even when everything else is screaming to us to quit. As someone once said, if it was easy, everybody would do it. One reason many fail to finish strong in what they have set out to do is the fact that their perseverance level is very low. As soon as they come to a roadblock they give up. Any kind of small resistance and they quit. We are running a marathon race, and like with any marathon race, the people at the starting lines are usually many and they are excited. When the race begins and as time goes on then the ability to persevere begins to set apart the true runners and those who entered the race just for the hype. At the very end and hour or so later, it is only those who persevere who cross the finish line. Will you be one of them?