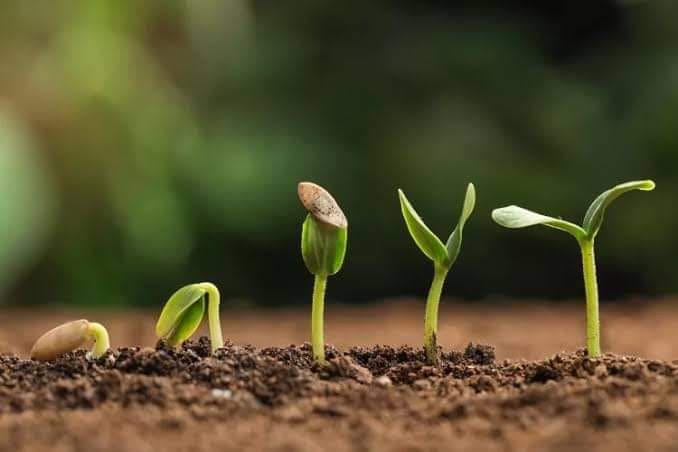 Mark 4:26‭-‬29 NIV
He also said, “This is what the kingdom of God is like. A man scatters seed on the ground. Night and day, whether he sleeps or gets up, the seed sprouts and grows, though he does not know how. All by itself the soil produces grain—first the stalk, then the head, then the full kernel in the head. As soon as the grain is ripe, he puts the sickle to it because the harvest has come.”
This parable, like the others that Jesus told about the Kingdom of God, has an emphasis on the harvest. This is a reminder for us never to forget that the life we live here on earth is not all there is. God has a much greater eternal plan for us, and he wants us to be part of his kingdom.
As much as the man in the parable scatters the seed, night and day he has no idea how it grows because God is the one that gives the increase. Paul the great apostle had this revelation. He says;
1 Corinthians 3:6‭-‬7 NIV
I planted the seed, Apollos watered it, but God has been making it grow. So, neither the one who plants nor the one who waters is anything, but only God, who makes things grow.
The other important thing is that the seed goes through several stages of growth, first the stalk, then the head, then the full kernel in the head. God is systematic in the way he is building his kingdom. Every so often, it may seem slow or like nothing is happening, but that is not the case.
Once again as in the other parables about the kingdom, when the fullness of time comes, in this case as soon as the grain is ripe, then the harvest will come. This is a reminder for us to be ready because no one knows when that day will come.
Reflections.
Like the other parables, this one also has an emphasis on the harvest. What is God saying to you in through this emphasis?
The man sowed the seed, but God caused the increase. What does that mean to you?
Are you part of God’s kingdom?