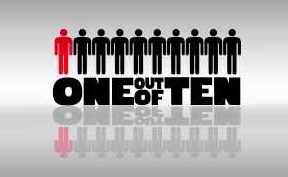 Luke 17: 12-18
12 As He entered a village, He was met by ten lepers who stood at a distance; 13 and they raised their voices and called out, “Jesus, Master, have mercy on us!” 14 When He saw them, He said to them, “Go and show yourselves to the priests. “And as they went, they were [miraculously] healed and made clean.15 One of them, when he saw that he was healed, turned back, glorifying and praising and honoring God with a loud voice; 16 and he lay face downward at Jesus’ feet, thanking Him [over and over]. He was a [a]Samaritan. 17 Then Jesus asked, “Were not ten [of you] cleansed? Where are the [other] nine? 18 Was there no one found to return and to give thanks and praise to God, except this foreigner?” 19 Jesus said to him, “Get up and go [on your way]. Your faith [your personal trust in Me and your confidence in God’s power] has restored you to health.”
This account in the bible clearly illustrates that thanksgiving and praise are expected by God from us. Jesus shows mercy and compassion to 10 leapers and he heals them. He tells them to go show themselves to the priests and they in faith walk in obedience. As they do so they get healed but one of them is so happy and overwhelmed that he decided to turn back and thank Jesus and praise God first before going off to show himself to the priests. The fact that Jesus asks about the other 9 and why they have not come back to give thanks and praise God means that He expected them to do so.
One in ten came back to give thanks and praise God. That is only ten percent. I wonder if that is the percentage of those in the church who are grateful enough to praise and thank God for what He has and continues to do for us and in us. If that is the percentage then the question you and I need to ask ourselves is; are we part of the nine or part of the one?
The bible points out that the man who came back to say thanks was a Samaritan, one considered an outsider at the time. Reminds me of the good Samaritan. In fact, Jesus points this out by saying; Was there no one found to return and to give thanks and praise to God, except this foreigner?” Could the same be true today that those who are not of the faith are more grateful to God than those of us who are of the faith because we have such a sense of entitlement we don’t see the need to give thanks and praise God.
Praise and thanksgiving is powerful and that is what God expects of us. May we not be found among the 9 who were ungrateful.