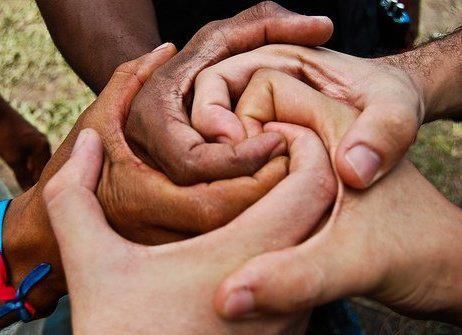 1 Corinthians 10:16-17 (AMP)
16 Is the cup of blessing which we bless [at the Lord’s Supper] not a sharing in the blood of Christ? [Indeed it is.] Is the bread which we break not a sharing in the body of Christ? [Indeed it is.] 17 Since there is one bread, we [believers] who are many are [united into] one body; for we all partake of the one bread [which represents the body of Christ].

One important aspect that Paul brings out when he talks about the Lord supper is oneness. As believers when we partake of the Lords table, we share from the same cup representing the blood of Christ and we break the same bread sharing in the body of Christ that was broken for us. Though we are many from different races and cultures, we are brought together into one body with Christ being the head of that body.

Colossians 1:18 (AMP)
18 He is also the head [the life-source and leader] of the body, the [e]church; and He is the beginning, [f]the firstborn from the dead, so that He Himself will occupy the first place [He will stand supreme and be preeminent] in everything.

Christ died and resurrected not only to save us from the sting of sin and eternal death but also so that He could make us one with himself as a body with Him being the head. When we work together and we are in unity, God commands a blessing.
Gods idea was not for us to divide ourselves according to denominations or race or even tribe. When we are adopted into His family then we become one and as Paul says,

Galatians 3:28 (AMP)
28 There is [now no distinction in regard to salvation] neither Jew nor Greek, there is neither slave nor free, there is neither male nor female; for you [who believe] are all one in Christ Jesus [no one can claim a spiritual superiority].

May this be a reminder to you and I as we partake of the Lords table to remember that none is superior but that we are one body in Christ.