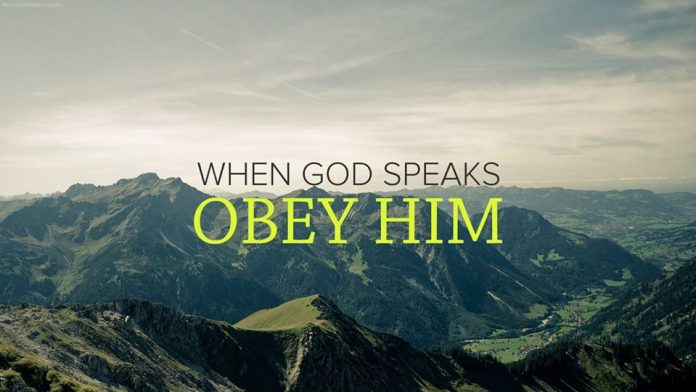 5 On the third day [of the fast] Esther put on her royal robes and stood in the inner court of the king’s palace opposite his [throne] room. The king was sitting on his royal throne, facing the [main] entrance of the palace. 2 When the king saw Esther the queen standing in the court, she found favor in his sight; and the king extended to her the golden scepter which was in his hand.

The bible says that obedience is better than sacrifice. God is looking for men and women who will walk in obedience to his instructions not necessarily because they understand but simply because they trust in Him. Obedience is a matter of trust when you and I walk in obedience to Gods word even when it seems like our lives are in danger or when we do not fully understand how things will work out it is a demonstration that we trust God fully.

Esther walked in obedience to Gods word given to her by her cousin. As we shared yesterday I believe she downloaded a strategy from God during her time of fasting and prayer and she was obedient to follow through with it. I can’t even imagine how it felt like walking into the king’s inner courts without an invitation. Would the king hold out his scepter or would Esther end up dead? When you walk in obedience to Gods word, He watches your back, He covers you and He gives you the strength to accomplish the task He has set before you.

Knowing and obeying are two different things. I have noted that sometimes because I know, then I assume that I have obeyed. This is a great deception especially in this information age where many are always on the lookout for a word. As a preacher friend of mine once said, “Why should God give you a new word if you have not walked in obedience to the word He gave you before?”

Just as with all those who walk in obedience to the word of God, Esther was rewarded by being given an opportunity to save her people. Trust God enough to do what He has told you to do even when you do not understand or see the full picture because obedience is better than sacrifice.